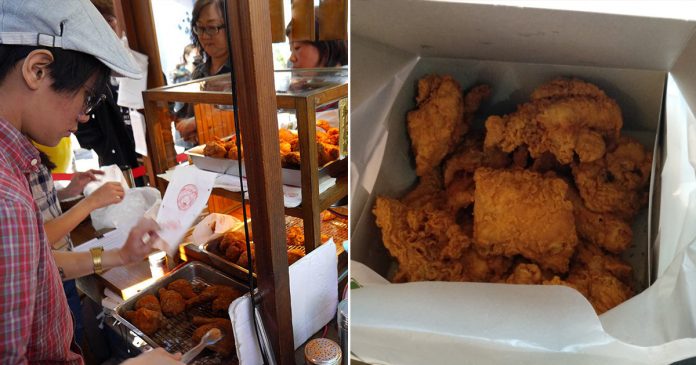 There are two generic ways to deal with negative people. You either diffuse them kindness or give them a piece of your mind.

A man from Indonesia thinks kindness can wait another day and go for a petty respond instead when someone called him ‘fat’.

Frederico Hill was queuing up in a fast food restaurant to get his fried chicken craving sorted when he heard a woman behind him, “You can only eat one piece of fried chicken, or you’ll end up fat like the uncle (pointing at Frederico) in front”, the woman was warning her child.

Upon hearing this, Frederico was fuming with anger but maintained his cool…until he got to the counter. He was greeted by the staff who asked for his order. He looked over the glass display and saw a pile of fried chickens on the rack.

He proceeded to ask the staff if the pieces on display were all they had, to which they replied yes. The next batch of chickens was cooking and it will take some time before they can be served.

He felt the woman needed a lesson on manners and decided to buy all 15 pieces of fried chicken out of spite.

As he paid for the food and walked away, he heard the staff explaining to the woman that they had run out of chicken and she needs to wait 30 minutes for the next batch.

The woman was flipping out at this point, as her child kept whining. She passed an infuriating look at Frederico, but he turned his back on her and went home.

Upon reaching home, Frederico realized that he had just spent Rp 240000 (U$17) on the fried chicken and had bought way too many with no one to share it with.

In spite of it all, seeing the frown on the woman’s face gave him satisfaction.

To the parents out there, always remember to practice and teach your children kindness. It starts with us.