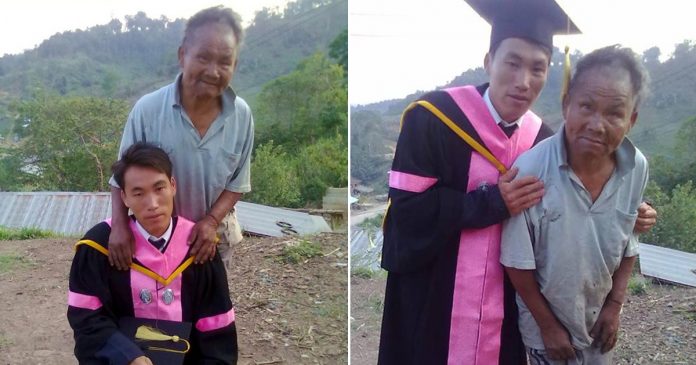 When a poor farmer lost his wife at childbirth, he did not give up on raising his son. In fact, he made enough sacrifices so that his son could graduate with a doctorate in university. 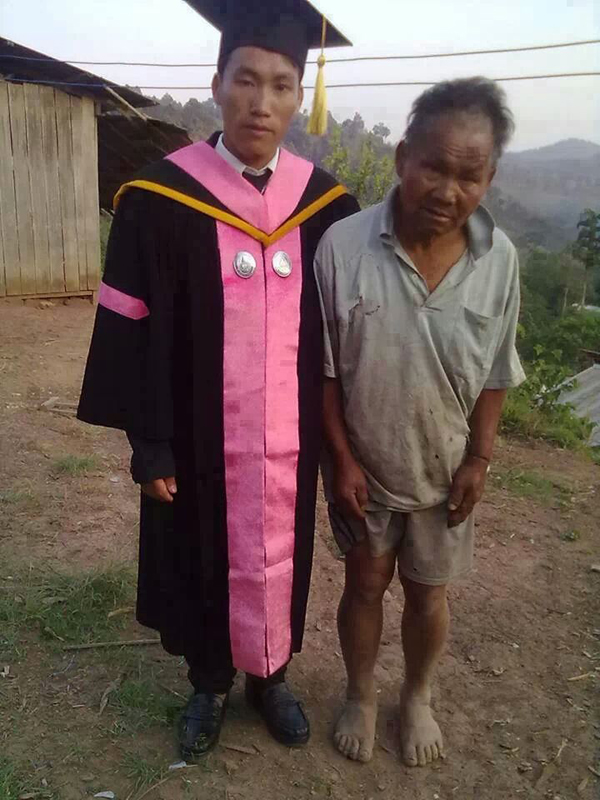 After his wife died, the man had no one but his only son as family. He faced a lot of hardship toiling hard to raise him. Despite their unfortunate circumstances, the father realized the importance of education and he wanted his son to receive the best of the best.

“My father is my biggest pride. Thank you for letting me finish my studies”, the son gleams with gratitude on his graduation day. He owes his success to his father’s perseverance. The graduate is a Hmong from Thailand. As Hmongs are poor, Hill tribesmen don’t often finish school.

His father had sold all his belongings to fund his son’s education. 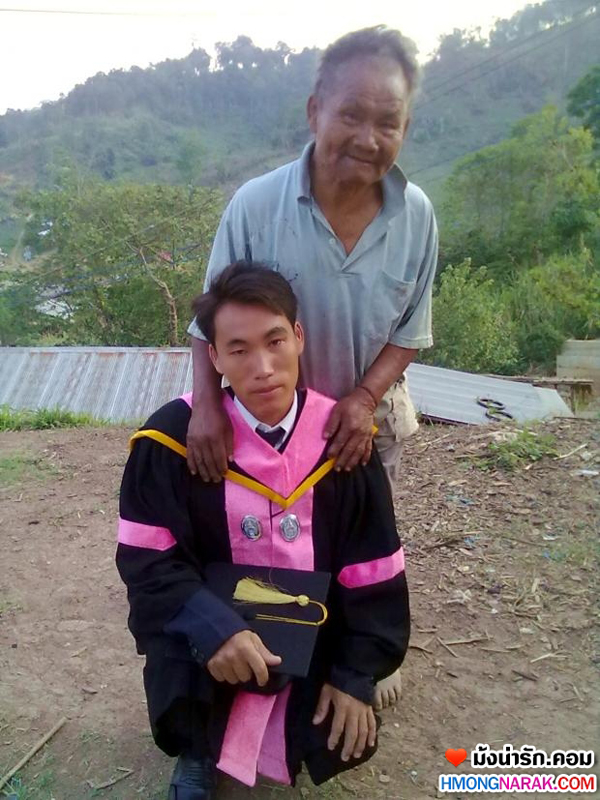 When one’s living hand to mouth, education often times is not in their priority list. As long as they have food on the table and will be able to survive another day, it’s good enough for them. For this father, sending his son to school was everything.

The father and son are from a marginalized hill tribe who often don’t finish school. The farmer understood the need to change that. Thus after the son finished school, he eventually went on to study at the Ratchpatr University in Chiang Rai.

The touching picture taken on the son’s graduation went viral all over social media. People were reminded of their parents’ sacrifices to give them the life they didn’t have a chance to experience. 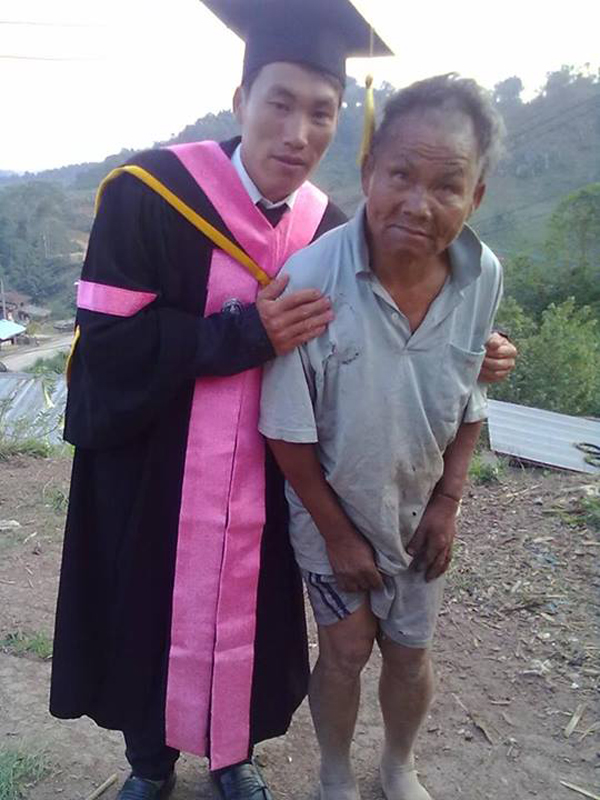 During a time where children who can afford life’s necessities take parents’ effort for granted, it is heartwarming to see the ones who are deprived of basic needs strive to change their conditions.

The story of this father and son is an excellent example of how determination and perseverance can trump all obstacles and give you the life you deserve.

Their new born daughter was kidnapped 3 days after she was...

Remarkable bond between man and his 800-pound pet grizzly that will...