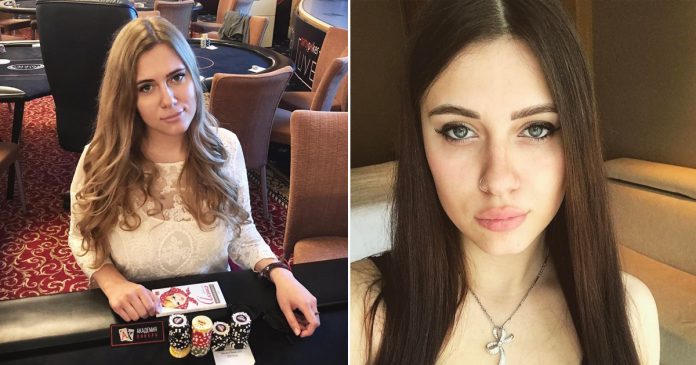 A 26 year-old woman dubbed as ‘Russia’s most beautiful poker player’ has been found dead in her apartment’s bathroom four days before her birthday.

She was a mathematical genius who graduated with first class degree in engineering from Russia’s prestigious Moscow Bauman State Technical University. She was flooded with offers from leading industrial companies which paid her handsome.

Novikova however declined the opportunities to focus on honing her game-playing skills instead. She was a former professional Dota2 player and an avid Twitch streamer before fully investing into poker.

The Sun reported that she was electrocuted when she was blow-drying her hair after shower. There might have been a sudden power surge that maybe caused her to bang her head on the wall and collapse as the result of a faulty hairdryer.

Speculations include the possibilities that she might have been using her phone as well. These potential cause-of-deaths were derived from a preliminary check-up that revealed clear signs of electric shock trauma.

The news of her death was registered when her parents couldn’t reach her on the phone a few days prior. They had asked a neighbor to check up on her, and it was then that she was found lying motionless on the bathroom floor.

Novikova was a seasoned player both online and in real life.

She ran her own poker web channels, conducted game masterclass and workshops for novice players. She had also owned an online clothing shop for poker enthusiasts.

The multi-faceted poker professional was also into various sports. She was an accomplished cyclist, snowboarder, rower and boxer.

Never mind the fancy suit! Groom jumps into pond to save...