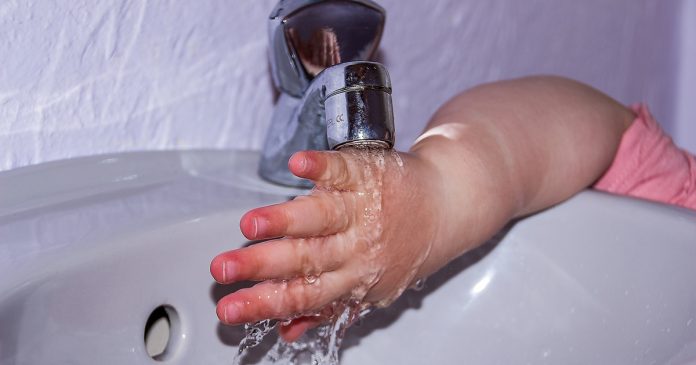 A harmless act of washing hands ended in a 10-year-old child to be hospitalized.

Apparently, the boy was washing his hands in the bathroom at home few days ago.

He has a habit of pressing his hands on the rim of the countertop while at it. As he was doing so, the ceramic sink suddenly collapsed on him.

Upon hearing a loud thud from the bathroom, his parents rushed only to find him lying on the ground in a pool of blood. He was immediately rushed to the hospital nearby.

The broken pieces from the sink cut had through his hands and things, inducing severe damage to his nerves and veins. Doctors discovered many internal wounds and external tears all over the boy’s body.

Initial treatments were conducted to stop the profuse bleeding and the joint surgery was performed after his heartbeat rate was deemed stable. The entire procedure took 4 long hours to be completed.

The boy had lost major parts of his nerves, blood vessels and muscles that had to be precisely put back in place one strand at a time.

Lin Youyi, plastic surgery and reconstruction surgeon at Chi Mei Medical Center reminded parents at home to check their home appliances. She advised that old sinks lose their foundation structure as years go by and can be potentially lethal when broken.

Lin also updated on the boy’s condition after surgery.

“Changing wound dressings can be very painful but the young boy remained calm and brave,” she said. However, she estimated that it would take at least half a year for the boy’s muscles and nerves to completely heal and grow back.

Parents should always keep an eye on their children because accidents are prone to happen even at the most unexpected time and place.