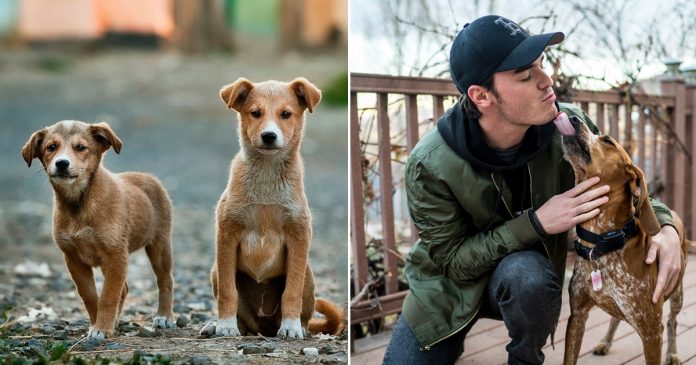 The next time your dog wags its tail at the sight of you coming back home or barks at a random stranger down the park, reward it with a few belly rubs and yummy treats.

It turns out that your dog is actually smarter than you think. While they use their mighty noses to distinguish smells, they are also able to sniff a bad person out in a group of good ones, says good.is.

A study conducted by researcher Akiko Takaoka of Kyoto University in Japan revealed that canines are actually capable of observing and identifying different human behaviors.

It turns out that dogs can sense if you are a trustable person from the words you say.

34 dogs were involved in a simple experiment for this study. All the researchers had to do was use an age-old trick on the canines. They pointed each dogs to a container that had food hidden in it.

In the first time, all the dogs ran towards the container upon command. In attempt number two, the dogs were directed to the very container, but this time, there weren’t any food involved.

Once again, each dog dashed to the container but quickly learns that there isn’t food inside. The routine was repeated in the third attempt, but surprisingly all 34 dogs refused to move. Though there was food in the container, they were now convinced that they had been tricked after the second time.

Hence, they concluded that the command and the person cannot be trusted anymore even when the person is saying the truth.

The study proves that dogs can either detect lies or have issues with their trust being tested.

Woman discovered a heartwarming surprise after she saw a trash bag...