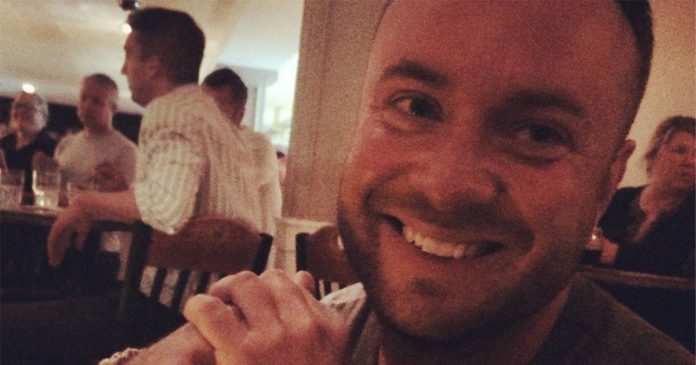 Billy Flynn Gadbois wrote this statement as part of his Facebook post about his wife. Ex-wife, precisely.

Billy and his wife had been divorced for quite some time. They have two boys together, both of whom are under Billy’s care.

On his ex-wife’s birthday, he did something not many men would even consider as an option to do for their former partner. He surprised her with flowers, cards and gifts and even helped his kids make breakfast for their mom!

Ever so often, he gets bombarded with the question “But you both are not together anymore, so why bother going the extra mile for your ex-wife?”

The query annoys him a little too much that he decided to dedicate an explanation to answer the curious minds.

“I’m raising two little men. The example I set for how I treat their mom is going to significantly shape how they see and treat women and affect their perception of relationships,” Billy writes.

He adds that parents are responsible for modeling good relationship behavior to their children. Kids often see parents as their role models and tend to take after their every action hence he advises parents to look beyond themselves at the bigger picture that is their kids.

According to CuriousMindMagazine, Billy and his ex-wife had not had the most pleasant relationship. It took a lot of time for them to put aside the negative feelings they had for each other to provide the best for their children.

Billy’s honest explanation received a huge thumbs up from the people who had read his post on social media. They commented on how well his sons are going to turn out when they grow up because they are raised right by a good man.