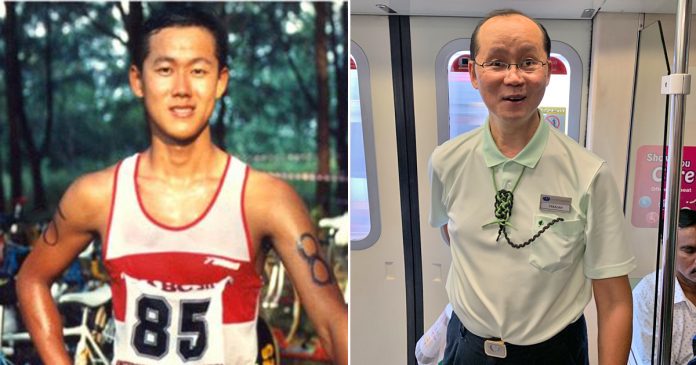 What would you do if a random stranger came up to you and started complimenting you?

Chances are most of us would brush them off with a smile or a polite ‘thanks’. A young Singaporean however, took the chance of listening to the ‘weird’ man who complimented on his shirt and he was glad he did.

Henceforth unfolds the story of Takalah Tan, as narrated by Twitter user minionman in his thread about this extraordinary human being.

This dude walked up to me and complimented me on my shirt. seemed kinda off so I was set to say thanks for the compliment and move off, he was acting kinda funny and looked at me weird. Something told me to stay and listen tho and thank god I did. pic.twitter.com/s647Klxucp

Apparently, Takalah started off the conversation saying he only had half of his brain left. It was the aftermath of a terrible accident he endured in May 1994. That wasn’t the only injury he had to sustain, writes Mothership.

The accident threw him 70 meters off the road to the curb on the opposite lane. He suffered facial disfigurement, permanent amnesia and memory retention, among a long list of other impacts.

When he woke up from the multiple surgeries performed on him, he was completely lost as to where he was and how things worked. Takalah even had to learn how to speak again, because the injury to his brain had took away his speaking ability.

It turns out that Takalah was an all-rounder during his prime years. He was an accomplished triathlete, skydiver, a commando, boxing champion, scuba-diver and bungee-jumper.

With his outstanding credentials, he was scouted by a multinational company when he was only 24 years old. He had outed 7000 applications that the company received for the hiring process.

Life was serving him well but it took everything away from him too soon. He got into the accident a week before joining the company and eventually lost his father too.

However, Takalah didn’t give up. He is now a certified motivational speaker with post-graduate diploma in education.

As minionman best puts it, “To lose half your brain to a stupid accident and still have the heart and resolve of two men…humanity at its finest.”