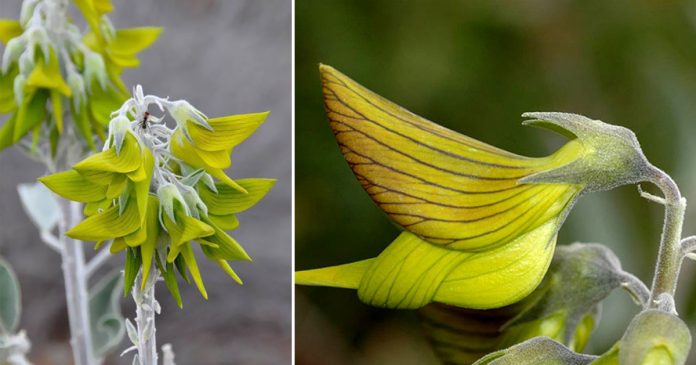 The world has more wonders than we think we know and thanks to Internet, we get to feed our curiosity daily.

If you think the name OctopusPrime is fascinating, wait till you see what the namesake person shared on their Reddit account.

In the subreddit NatureIsF**kingLit, OctopusPrime shared a photograph of a plant with flowers that had an uncanny resemblance to the hummingbird.

It turned out that a good majority of the Internet population has never seen anything like that. They were so awestruck that the post gathered 47 500 upvotes and 400-something comments. Wow!

Most of the comments as seen on Mothership were intriguing questions demanding possible reasons for the plant to look the way it does. Among the sea of enthusiasts and curious minds was SolitaryBee, who claimed to be a postdoctorate scientist specializing in the evolution and ecology of flowers.

He started off by introducing the species of the plant; Crotalaria cunninghamii.

It is commonly known as the green birdflower or regal birdflower native to northern Australia. The plant is mostly found in sand dunes and along beaches as its growth is optimum in sandy areas, according to BoredPanda.

He continues by explaining that the plant looks like hummingbirds only to humans, not birds. The phenomenon is called pareidolia, where our brain recognizes something that is non-existent in reality and signals it as something we can closely associate with.

The plant has not undergone an adaptive evolution, as many people claimed because it does not benefit the sustenance of the plant to its surroundings. Pollinators are attracted to flowers, not birds.

They look like birds to us humans because we have a different vision compared to birds or bees. The ‘illusion’ is also caused by the angle at which the photo was taken. He provided other pictures of the same plant taken at different angles that looked less like hummingbirds and more like flowers. Interesting!