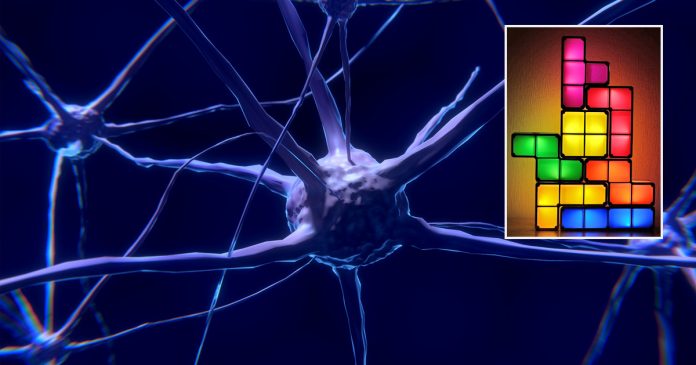 Every now and then, we talk to someone and think to ourselves, “How on earth does another person have the same way of thinking like I do?”

Apparently, there are so many like-minded people that scientists have decided to conduct a research on it. They are now able to link a multi-way connection for three individuals to share their thoughts.

The experiment is at a beginner’s stage and is tested through a Tetris-styled game.

It is an intricate neuron system called BrainNet, which according to the researchers, allows us to learn the functions of the brain on a much deeper level.

The game involves a combination of electroencephalograms (EEGs) and transcranial magnetic stimulation (TMS) responsible for stimulating and identifying the electrical impulses that indicate brain activity in the neurons.

According to Sciencealert, the first stage of the research is conducted on five different groups consisting of three people each. On their first attempt, they have managed to attain an average of 81.25% accuracy.

To play the falling blocks-game, two ‘senders’ are connected to EEGs and are required to choose between one of the two flashing LEDs at either side of the screen they were looking at.

Their choice is then sent to a ‘receiver’ through a TMS cap that signals the neurons to whether rotate or not rotate the block.

Since the receiver couldn’t see the entire game area, they have to rely on flashing light signals from the other end.

Through brain communication alone, receivers are able to gauge which senders are most reliable for them to connect with. Though the experiment is at its initial stage, researches are looking to expand the setup in the future.

The team from the University of Washington and Carnegie Mellon University have previously had success linking two brain connections using a game of 20 questions.

This Little Girl is Always Teased Being Born with a Soul...