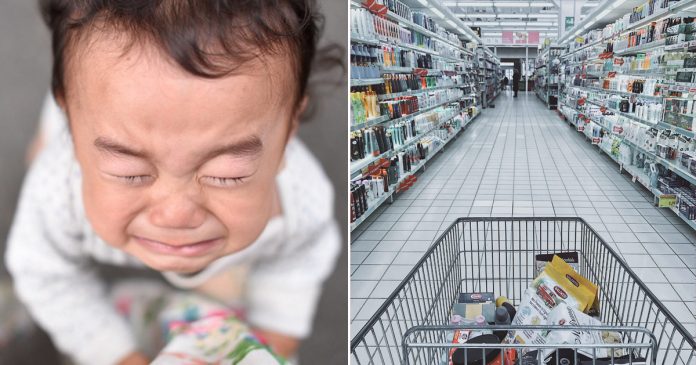 We all have our own ways of handling emotions and tantrums.

In a short story initially posted on the Reddit page “Welcome to/r/Jokes”, one grandpa had a unique method of controlling his cheeky little grandson. It was intended to be a joke, but reading through it, you will realize there’s a thing or two you can actually learn from it.

The comical scene takes place in a supermarket. A woman has her attention on an elderly man and a 3-year-old boy he was with. What caught her sight was how ill-behaved the young one was. She decided to watch them for the next few minutes.

The grandpa was busy doing his grocery shopping, while his grandson had his own antics up his sleeves. When they first entered the sweet aisle, the little boy began screaming and crying asking for sweets.

They moved on the biscuit aisle and again, the screaming continued. As they progressed to each aisle, the boy went on with his screaming, asking for the things in the particular aisle. All the while, the grandpa appeared calm and uttered, “Easy, William, we won’t be long. Easy, boy.”

Another session of screaming ensued and the elderly man said “It’s okay William, just a couple more minutes and we’ll be out of here. Hang in there, boy,” keeping his composure intact.

The boy then started throwing a fit at the checkout counter, to which the grandpa replied “William, William, relax buddy, don’t get upset. We’ll be home in five short minutes; stay cool, William.”

The woman was utterly impressed by the way he handles the little boy. She went up to him and started a conversation.  “It’s none of my business, but you handled the situation well in there. William is very lucky to have you as his grandpa.”

“Thanks, but I’m William. The little brat’s name is Kevin,” replied the grandpa.