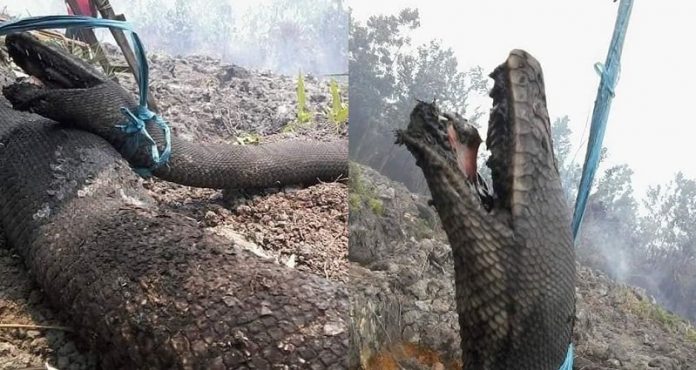 This may look like altered images of an anaconda but believe it or not, these photos of 30-foot wild snakes are real!

Indonesia has been trending worldwide and on major headlines, after several catastrophic forest fires broke out in certain areas in the country in July 2019.

The forest fires quickly turned into a hazardous haze as forest continued burning, causing the skies of Indonesia’s Jambi province to turn red blood even during mid-day

The skies over the Indonesian province of #Jambi have been turned blood red, as the toxic haze from widespread rainforest fires continues to affect residents across the country.#IndonesiaForestFireCrisis pic.twitter.com/1OX7XyIo6G

The intense forest fires ravaging parts of Kalimantan and Sumatra in recent weeks not only brought thick and smoky haze to its neighboring countries like Singapore and Malaysia but also killing hundreds of animals, if not thousands, trapped in the forest fires, Washington Post reported.

These rare snakes which measured up to 32 feet and 7.8 inches in diameter could easily swallow a goat and a whole cattle.

Coming from the phyton family, these rare snakes were unfortunately burned to a crisp with some carcasses found with their mouth open, indicating how much they had to suffer prior to their death

Meanwhile, many other wild animals such as the critically endangered orangutans were found with mild respiratory infections after having to breathe in the heavily polluted air of forest fires, Borneo Orangutan Survival Foundation said. 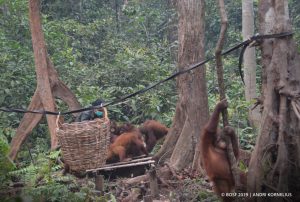 Around 185 people have been arrested by local authorities while four companies are being investigated on the allegation of starting the forest fires, according to CNN.

This hummingbird changes to different colour every time it turns its...