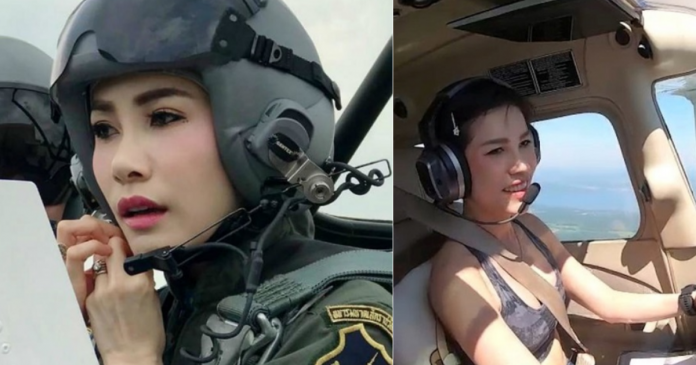 At a ceremony that took place during the king’s birthday celebrations in July, King Maha Vajiralongkorn bestowed the title Royal Noble Consort to his long-time girlfriend, Major-General Sineenat Wongvajirapakdi.

The ceremony which was also attended by the king’s newly reigned queen, Queen Suthida Tidjai saw Wongvajirapakdi being the first person to hold the official title since 1921

The title Royal Noble Consort is usually given to the king’s spouse or companion. In Thai monarchy, it refers to the female companion of the king in a system in which both queens and consorts are in a polygynous relationship with the king.

While many monarchies around the world practice monogamy, some monarchies like Thailand are known to practice polygyny, a type of polygamy in which a man has more than one wife or female companion at a time

According to Cornell University’s professor of history and Asian studies, Tamara Loos, polygyny serves political purposes, often a way of integrating different settlements into a kingdom.

“It wasn’t about sex, it wasn’t about depravity — and I’m not saying that didn’t happen, but, it really served an important political purpose,” she told Rolling Stone.

In addition to the announcement, the Royal Palace also released 60 photos of King Maha Vajiralongkorn and his new Royal Noble Consort including rare photos of Major-General Sineenat Wongvajirapakdi

Suffice to say, Wongvajirapakdi’s pictures quickly became the talk of the town that the Royal Palace’s website crashed on the same day the photos were released to the public!

While some of the photos show the king and his royal noble consort in what looked like typical royal portraits, there were some photos that many did not see coming — Major-General Sineenat Wongvajirapakdi in military gear in an airplane’s cockpit while showing off her flying skills

According to Amanda Kennell, a clinical assistant professor with the Asian studies program at the University at Buffalo, the official release of photos of Major-General Sineenat Wongvajirapakdi to the public may be intended to introduce her as a royal consort.

“There are candid shots, which have been deployed especially well by Britain’s Catherine, Duchess of Cambridge to help citizens feel connected to their sovereigns…Coming so soon after the King bestowed her title, it is possible that the package of photographs is intended to introduce Sineenat Wongvajirapakdi to the public as a royal consort,” Kennell told Rolling Stone.

“He’s very boldly and publicly displaying the fact that he is a polygynous king,” Loos added.