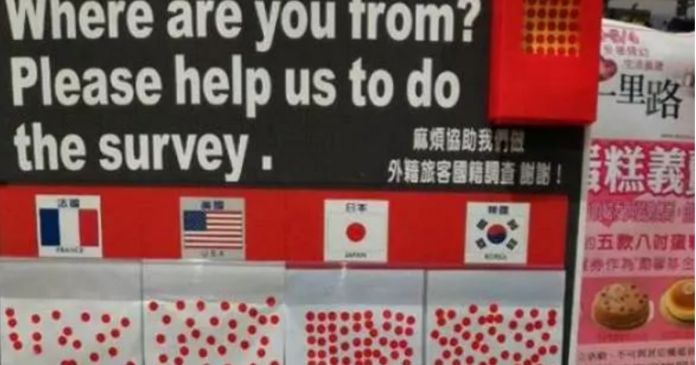 When it comes to Japan, many people associate anime, sumo wrestlers, sushi, and bullet train with the country. However, Japan has so much more than these that the rest of the world might not know.

From ultra-modern toilets that also entertain you to square watermelons, Japan is the home to most innovative inventions you probably have never seen before. Here are 23 photos that prove Japan is way ahead of any other countries in the world:

2. It takes too long to finish your business in the toilet? Do not worry as entertainment is provided!

3. Airport ground crew waves to passengers before the plane departs in Japan

4. What you see in the advertisement is what you will get. Expectation does meet reality!

5. Japanese show what impeccable politeness and orderliness to the world is

6. Commuters lining up before they get on the train even during the morning rush hour

7. The bedside lamp that can be half-lit for the convenience of both sides

8. Not a single person uses the other side which is what all of us are supposed to do

10. Japanese really take their parking skills seriously and reverse park is a must

11. There are streams of spring water just next to the roadsides in Japan where koi fish can swim freely

12. Japanese audience stayed behind after the FIFA World Cup 2014 match to help clean up the rubbish

13. Wash your hands and reuse the water for your next flush

14. Baby seats attached to the bathroom wall for the convenience of parents

15. Airport staff arranging passengers’ baggage according to their color

16. Children in Japan learn about keeping a high standard of cleanliness and hygiene since pre-school where they are taught to clean after themselves instead of relying on others

17. There are footbaths on board of Toreiyu Tsubasa train in Japan so you can enjoy a relaxing trip

18. Manhole covers on Japanese streets are more than just covers

19. Worry about where to put your umbrella or if other people might take your umbrella by accident? Not in Japan as they have umbrella lockers

20. Some tourist spots in Japan are equipped with smartphone holders so you can take your own selfies with the perfect background without much hassle

21. ATMs in Japan have cane holders for the elderly which can also be used as cup holders

22. No more queueing when you can just see if there are any empty toilet stalls available

23. Proof how smooth the train bullet is in Japan!

A Young Mother in Russia, who Works for Courier Services, Takes Her Children with Her while She Delivers Food