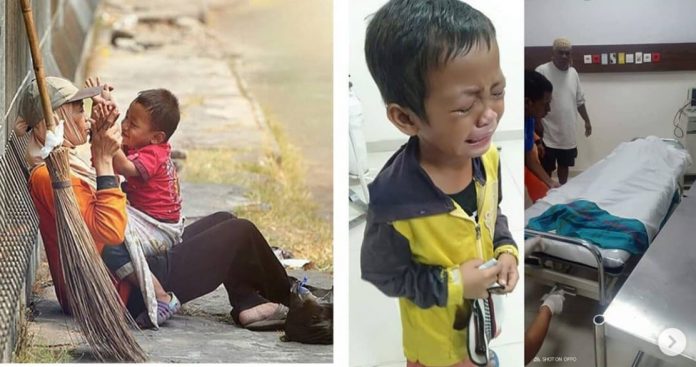 At such a very young age, a young boy from Indonesia is forced to live without his mother after the mother fell victim to a fatal hit-and-run.

The young boy whose photo has been widely circulating on social media recently can be seen wailing over the death of his mother at a hospital at Makassar in Indonesian province, South Sulawesi.

According to Instagram account @makassar_iinfo which shared the heartbreaking photos of the boy, the boy’s deceased mother, Lina, worked as a cleaner at the Tanjung Bunga Metro in Makassar

She was always accompanied by her young son who would sit on the sidewalk as he waited for his mother to finish her duties for the day.

“The boy has a sibling who also has been orphaned after this incident,” the account wrote.

It is unknown if the boy and his sibling are now under the care of their relatives or that they are sent to an orphanage following their mother’s death. 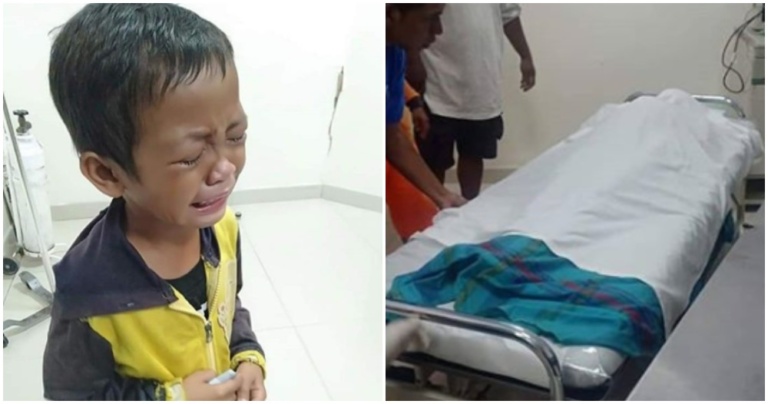 No relief or words of sympathy that could relieve the pain he felt for losing his mother at a young age.

This is also a reminder for us to appreciate our loved ones while they are still alive. We never know when the last goodbye is.