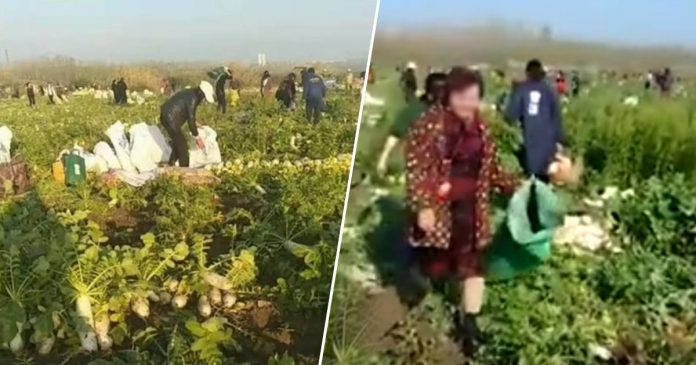 Three farmers from central China suffered a huge loss totaling USD42,326 when thousands of people flocked to their white radish farm and took the crops for free.

According to a Chutian Metropolis Daily, it began when the farmers told their neighbours to help themselves to a bag or two free white radishes.

Unfortunately, what started off as small offer from a neighbour to another neighbour evolved into a viral rumour.

Just hours within the offer being made, thousands of villagers at Diaowei, Hubei province flocked to the farm and stripped the farm of tonnes of white radishes.

One of the farmers, Xu Jiuge, had no idea that he and his fellow farmers would suffer a huge loss when the offer turned into a rumour.

“The villagers told us the radishes we grew tasted great in their winter soups, and asked if it was OK to take a few,” he said.

“They were our neighbours and we didn’t think it was a big deal so we said they could pick some … but I don’t know how it evolved into the rumour that all our radishes were free.”

As the words got out, thousands of people started to strip the crops as they parked their cars, vans and motorbikes along Xu’s field.

Realising the damage it had caused, Xu later called the police who did their best to stop freeloaders from stripping the farm bare. Unfortunately, there were too many of them.

However, Xu and his fellow farmers decided to regard the incident as an act of charity and would not see compensation from the freeloaders.

The empty farm has now been reploughed and planted with a wheat crop.