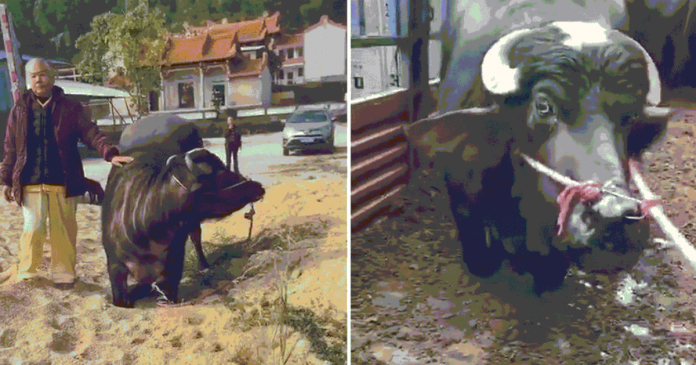 When people say animals have hearts too, we rarely take that seriously. But this short video showing a buffalo begging for its life is proof that human is not the only one with emotions.

The buffalo was being dragged to the slaughterhouse. 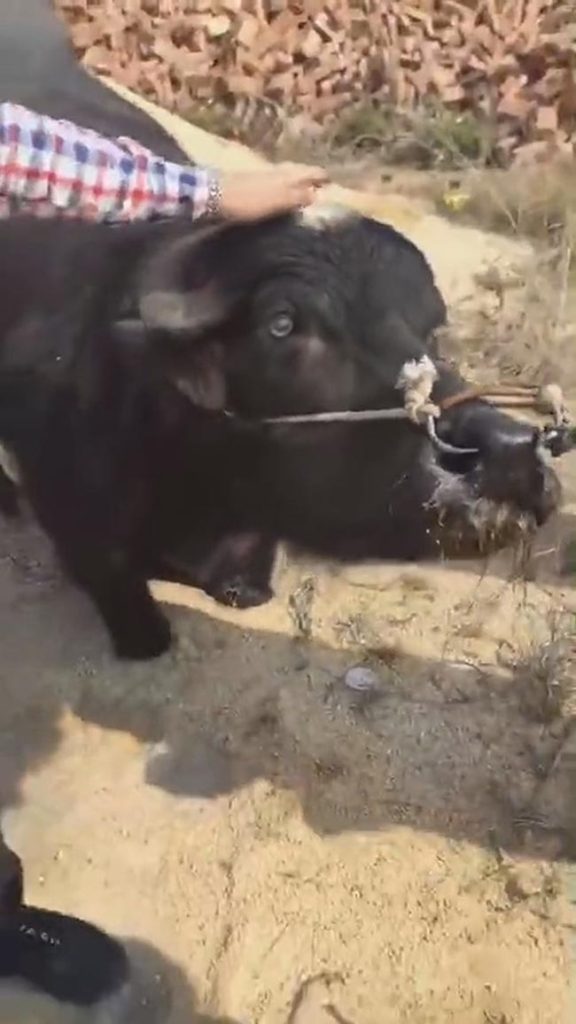 Believed to be recorded by the people at the slaughterhouse located in Shantou city, Guangdong province, South China, the short video quickly went viral with millions of views online.

In the short video, a male believed to be a worker at the slaughterhouse was seen pulling the buffalo by a rope. 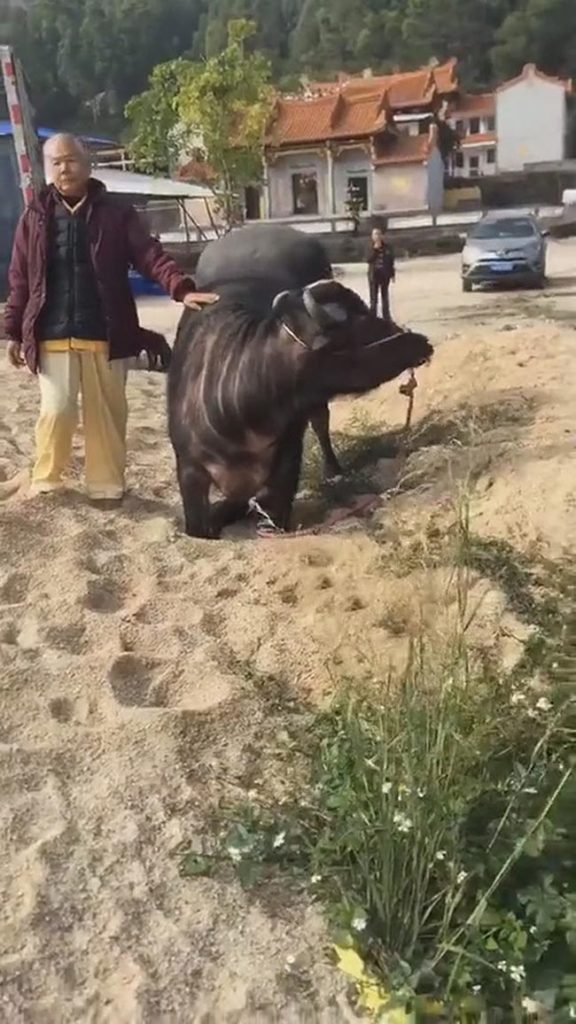 However, the buffalo refused to follow him, probably aware that it will be sacrificed.

While struggling, the buffalo suddenly knelt, as if it’s begging for its life. The buffalo looked scared and seemed like it shed some tears while being pulled away. 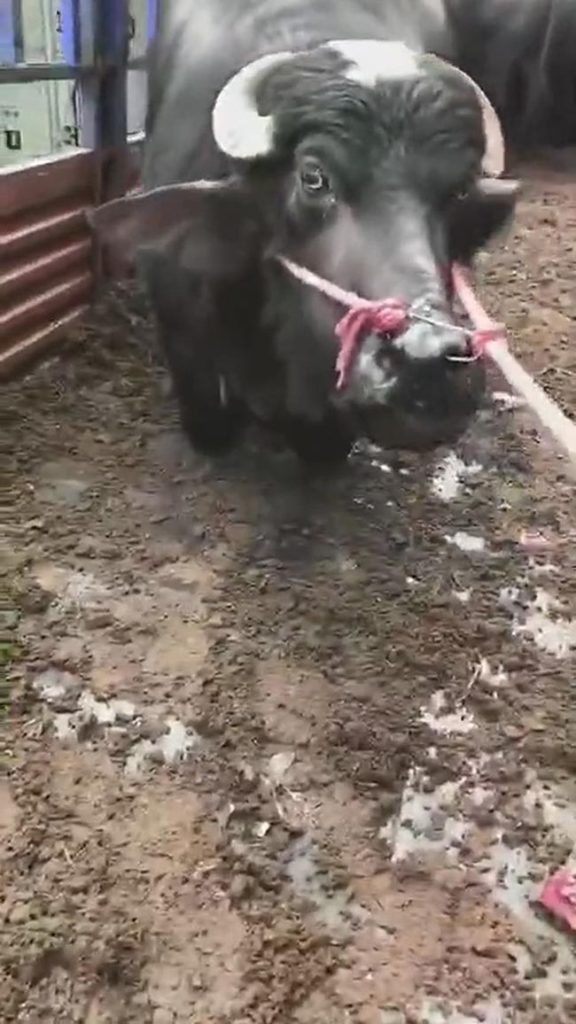 As the video went viral, animal lovers united and decided that they will not let the pregnant buffalo got slaughtered. They succeeded in collecting a fund worth USD 3,600 to buy the buffalo and managed to get the poor animal a second chance in life.

The buffalo was then taken to Huilai Jinshi Temple where it will give birth to its baby.

What’s amazing, the buffalo was seen kneeling once again in another video, but this time to thank its savior for saving its life. Bless you, buffalo!