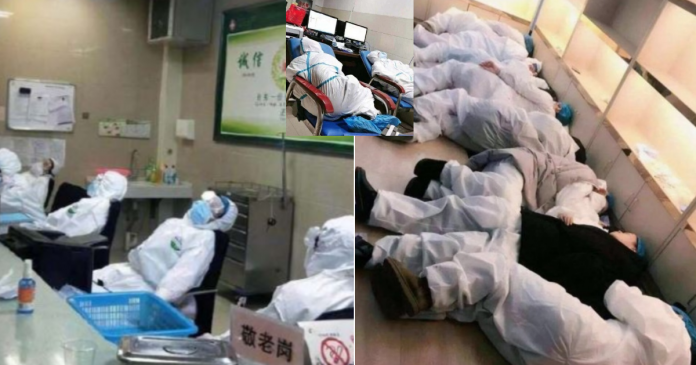 As many of us already aware, the Novel Coronavirus (nCoV) or also known as the Wuhan virus is now taking over the world and not showing signs of stopping any time soon. As a result, the US, Australia, Japan, Vietnam, Singapore, and Malaysia have announced strict travel restrictions against visitors flying in from China.

Realizing the danger this virus brings to all, the World Health Organization (WHO) has also recently decided to declare a global health emergency after a-two-days discussions as the coronavirus outbreak continue to spread globally.

“Our greatest concern is the potential for the virus to spread to countries with weaker health systems, and which are ill-prepared to deal with it,” said WHO director-general, Tedros Ghebreyesus.

“I am declaring a public health emergency of international concern over the global outbreak.”

As of 2 February 2020, the total number of cases of infection has risen to 14,628 and the death toll is at 305, according to a virus tracker maintained by researchers at Johns Hopkins University.

In Hubei province alone, the epicenter of the outbreak, it was said that more than 9,000 cases have been confirmed.

With these many cases to be treated all around the world, doctors and nurses were forced to work non-stop without rest. They play a major role of taking care of the patients while risking themselves to be infected by the virus. Some medical personnel was said to resort in wearing diapers because they don’t have time to even use the toilet.

Sacrificing their own time and energy to help others, these brave, dedicated and hardworking professionals hardly take any breaks and almost literally start treating patients as soon as they open their eyes – if they have any time to spare for some rest.

However, looking at these pictures shared on Weibo, the doctors and nurses clearly didn’t have any time to take a break.

Medical staffs in China just catch some rest whenever and wherever they can.

In the photos, the doctors and nurses believed to be medical staff from a hospital in China were seen sleeping on the floor and benches as they have a very limited time to rest.

The medical staff sleeping on the floor.

As the photos took over social media, people are thanking the medical staff saying that they are the true heroes of the country.

“Thank you to the front-line medical doctors, they worked hard. Really, thank you.”

“Those who complain that they’re bored at home, look at them (doctors). They can’t go home. They can’t even sleep on a bed. Meanwhile, we live comfortable lives. Cherish it,” reminded one of the netizens who took the opportunity to remind others that we shouldn’t take our comfortable life for granted.

All doctors, nurses and medical personnel around the world should be acknowledged for their amazing sacrifice, time and effort they put into treating all the patients and giving us a safer environment to live.

All of you are indeed the true heroes of this world!

Recent studies have found a reason for parents to hug their...