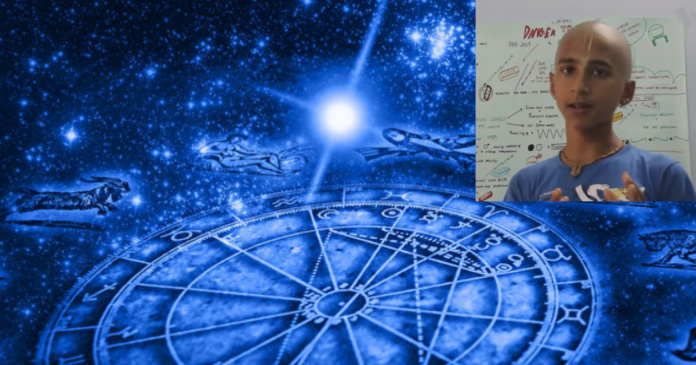 When the coronavirus outbreak first began to spread worldwide, a surge of prophecies, conspiracy theories and the likes of it were seen circulating around. Some said that the disease was predicted in books from decades ago, others shared videos of soothsayers who claimed to have ‘seen it coming’.

Regardless of its validity, it has influenced the mindset of people surrounding the fear of COVID-19. Recently, the video of a young Indian astrologer has been making the rounds on internet and in news.

Abigya Anand, a 14-year-old boy has predicted that a second wave of disease is bound to hit mankind at the end of year, precisely on December 20. He claimed that the disaster will be more severe than what we are facing now and that it will last until March 2021.

In his YouTube videos, Abigya justifies his predictions with astrology, explaining about cosmic energy and alignment of planets and how it affects life on Earth.

Previously, the teenager has released a video in August 2019, warning the world of a ‘severe danger’ that will befall on November 2019 and is bound to last 6 months. His prediction mentioned that it will include a transmission disease and that it will cease by the end of May, but only briefly before it makes a comeback.

Considering his predictions have so far proven to be almost accurate, people are clouded in fear for the possible second wave.

Abigya assured them that he’s not an alarmist, and that we have to be prepared for it by keeping our immunity in best condition. He advised people to stop killing animals and destroying Mother Nature, as it will add to our Karmic energy and the effects will be unraveled through disasters and diseases.

He also encouraged everyone to ensure their own safety and to avoid deeds that invite misfortune.