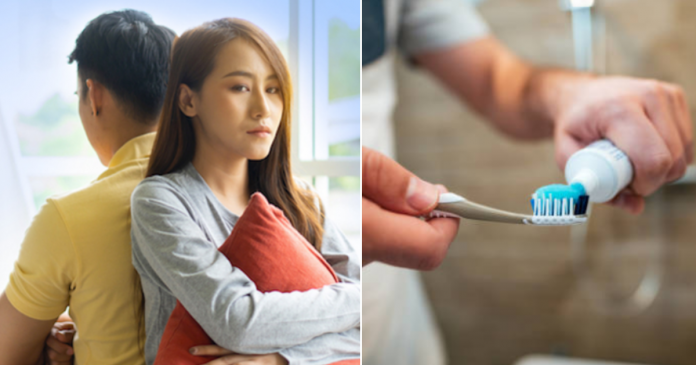 It is not uncommon to see married couples filing for divorces in the cases in which the circumstances do not allow them to stay married any longer like infidelity, abuse or financial issues.

But what if one decides to get a divorce because they cannot handle how their significant other squeeze toothpaste out of the tube?

Apparently, there are many reasons including what may appear as ridiculous or trivial reasons when it comes to the number of divorces in Malaysia.

According to a staff member of Malaysia’s National Human Rights Society (HAKAM), one of the weirdest reasons for divorces in Malaysia is about a couple who could not handle the different ways the two of them squeezed toothpaste out from the tube.

Their different takes into doing things later led to frequent arguments. Eventually, the couple decided to go on separate ways.

Meanwhile, another couple decided to get a divorce because the wife could no longer tolerate her husband being not as talkative as she would like.

The decision to get a divorce came just after a year of marriage after the wife got bored with the husband’s introvert personality. Unfortunately, the husband had always been quiet ever since he was a young boy and was not one to talk a lot even with his family members.

However, financial issues still remain as the biggest cause of divorces in Malaysia, according to The News Straits Times.

While there are reasonable reasons for couple to get a divorce, some of the reasons appear to be just outright silly and petty.

It is the little things that make the hearts grow fonder. Unfortunately, they are also what makes hearts grow apart!