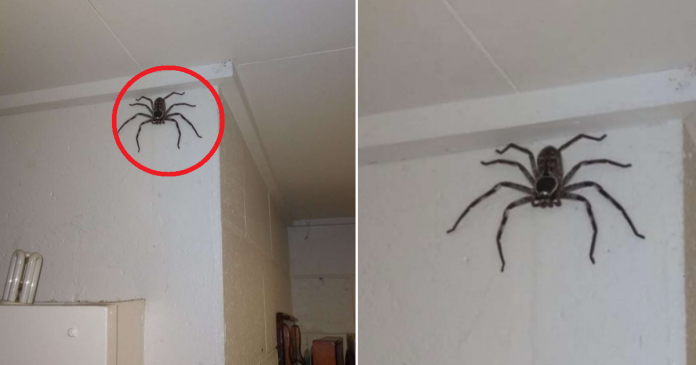 It sneaked its way into her house. The giant spider was named Charlotte, and the woman who welcomed her in her home considered her a part of the family. ❤️

Until now, a giant spider has been living in the home of Annette Gray and her son, Jake. For the past year, she has been sharing her home with a [somewhat] imposing uninvited houseguest.

She was given the name Charlotte, from the animated movie, who wandered into her house one day and made it her home.

According to Jake Gray, Annette’s son, Charlotte is a huntsman spider – a kind of spider that grows very large but is quite friendly. When this type of spider is left alone, the huntsman spiders pose no threat to humans. “Let her be,” Annette tells people who have seen Charlotte in her home.

“We’ve watched Charlotte grow over the last year or so,” Jake told The Dodo. “She never bothered us. She moves about the house, pops up room to room, eats all the bugs.”

Charlotte was given the freedom to catch all the unwanted bugs in their home.

“I think Charlotte is getting bigger,” Annette added later in a comment online.

The Grays have received various reactions from family and friends, some of whom jokingly suggested to burn the house down to get rid of Charlotte. Fortunately, Annette knew how to handle the situation and became a good host to even uninvited guests like spiders.

Conclusion: According to Wikipedia, there are 25million species of spiders around the world. Once a spider enters your home, familiarize yourself with which ones are poisonous or not, friendly or otherwise. It will go in handy for the safety of everyone living in your home, especially the children.