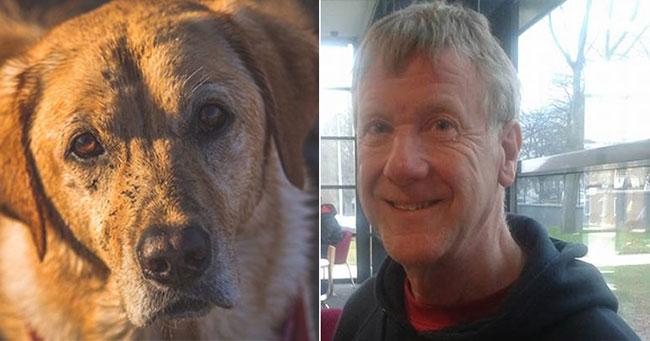 Sometimes, death can come in the most unexpected ways, and witnessing such a tragic incident can be very traumatic, both to humans and animals. A devoted dog, who witnessed its owner get hit by a tree during a terrible storm, did not move away from his lifeless body until help came.

In early February 2020, a loyal dog refused to leave the body of its owner, who died being hit by a tree at Black Wood in Woolton, Liverpool, England.

It was a 60-year-old man’s pet, who appeared to have witnessed the tragic moment his father lost his life.

In the eyes of a loyal pet, it must be very difficult to understand what is happening and the reason why their owners cannot be awakened by other people.

The most unfortunate thing about this situation is that the residents of the area stressed that it was an accident that could have been avoided. They have previously filed claims for old trees in the area.

“We’ve been talking about these trees for a long time. We have sent letter after letter and often complained at City Hall,” said Elizabeth Sorsky, who has lived in the area for 26 years.

The 79-year-old woman lived right on a street overlooking the park when a woman came screaming to her and said someone had been hit by a tree. She told her she was aware of the situation.

Another neighbor approached the scene and checked the man’s pulse to make sure if he was or wasn’t breathing. During that time, the dog accompanying the deceased remained by his side until the moment paramedics arrived.

After the accident, the family of the deceased man went to the area and left flowers where the dog stood. They did their best to convince the pet to come home with them.

Neighbors said the dog remained at the scene even after its owner’s body was removed by authorities.

This incident is really unfortunate because it could have been an avoidable accident. On the brighter side, it revealed how loyal his dog was until his end.

People have always known how loyal these pets can be to their owners, and most of all, they are willing to hold on to that loyalty even after their owners pass away.