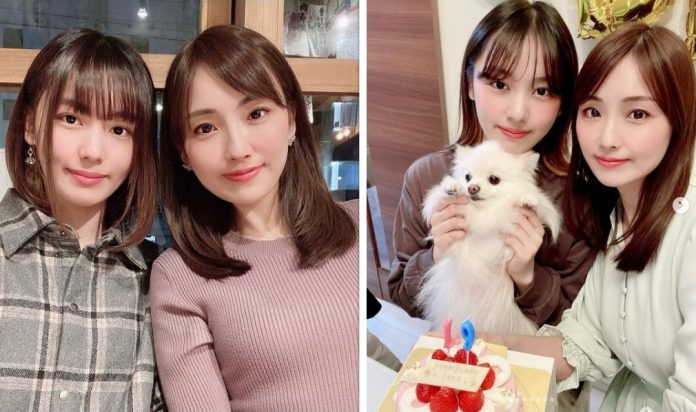 Mother’s Day had just passed a few days ago, and many netizens posted pictures with their mothers. The years’ marks are evident on their mothers’ faces, perhaps with gray hair or wrinkles. While mothers raise their children, their faces change over the years. The fact is, getting old makes people feel stressed…

However, some mothers don’t look their age by taking proper care and exercise, preserving their beauty and youth. Some mothers who look like their daughters are often mistaken as a sister. A single mother has become viral on social media because of her photos posted on Instagram!

More often than not, this mother and her daughter are mistaken for sisters when they go shopping together.

According to “CTWANT”, this 40-year-old mother, whose name is Ayumi Kawabata from Japan, has youthful looks and a good figure. She seems to be in her early 20s. Some days ago, she accompanied her daughter to celebrate her 19th birthday. The kimono and the hair are rolled up, and they look exactly the same. In the photo, Ayumi Kawabata’s face looks only as big as one’s palm, and her features are small and delicate, like a delicate doll. At first glance, the question on your mind will be, who is the mother? Who is the daughter? The photos of Ayumi with her daughter have gone viral on the Internet!

Kawabata’s age-defying beauty has amazed many netizens: “I believe it is her sister!”

“Although I can recognize the mother after a closer look, she really looks very young…”

“Is there a dad still missing?”

It turns out that Ayumi Kawabata’s high popularity is because she has just participated in the “Japanese National Beauty Contest” and won a runner-up position, becoming the most discussed figure in Japan. She once revealed after the contest that she is a single mother, was studying in a university when she discovered she was pregnant, dropped out of school to get married, but the marriage ended when she was 26-years-old.

After the divorce, she returned to school to complete her studies and raised her young daughter by herself. Over the years, Ayumi’s parents have raised her child, when she was still in school. Even at the age of 40, she still maintains a slim posture. She confidently said that although there are many suitors around her, she is not in a hurry to get married, and enjoys her single life now! When she was asked about the secret of her youthful looks, she shared that she pays attention to sun protection and moisturizing, and she rejuvenates twice a week, promotes blood circulation, and maintains a slim figure by practicing yoga for 5 years.