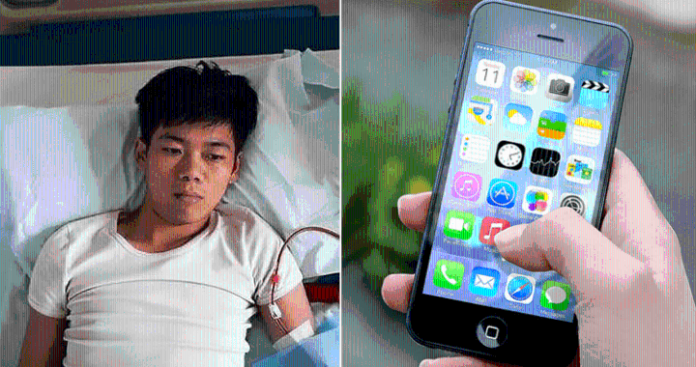 Wang Shangkun was only 17 years old when he decided to sell one of his kidneys on the black market in East China to buy an iPhone 4 and an iPad 2. Eight years later, now 25, Shangkun is bedridden because his other kidney had failed. He is unable to walk and is now a burden to his family.

How it all began

It is really a crazy idea, a joke, when someone talks about selling a kidney just to buy an iPhone. Not even a person with an average mind would think about it. While most people would laugh at such an insane idea, a teenager in China took it seriously, and surprisingly, went for it!

Newspaper headlines were flooded with the story of 17-year-old high school student Wang Shangkun who decided to sell one of his kidneys to buy some Apple products.

Reports even quoted Shangkun, as having said at the time: “Why do I need a second kidney? One is enough.”

Wang Shangkun lives with his family in one of the poorest places of China, the eastern Anhui Province. Shangkun was desperate to buy some Apple products to show off to his friends, and seeing them impressed would mean a great deal to him.

However, his parents were on a tight budget and could not afford to buy the gadgets he wanted, so he took matters into his own hands. While surfing the internet, Shangkun was contacted by three strange men who enticed him to achieve his dream. They communicated via a Chinese online-chatting platform known as Tencent QQ.

When a deal was done, Shangkun would be selling one of his kidneys to the black market and receive money to buy the Apple products he planned for so long. He hid his plans from everyone, including his parents.

In April 2011, the day of his surgery, Shangkun journeyed to the city of Chenzhou, in the southern Hunan Province of China. He kept his plans a secret. Upon arriving at the city, the agents he had a chat with took him to a hidden medical facility where two surgeons, a surgeon assistant, and one nurse were waiting.

Shangkun was very excited and immediately bought an iPad 2 and an iPhone 4 before going back to his hometown.

The Sum of All Tears

Soon, Shangkun developed a renal failure not long after the complicated and illegal surgery. Due to the unsanitary setting where it was performed and the apparent lack of postoperative care led to this infection, causing the other kidney to fail, as well.

Wang Shangkun is now 25 years old and is bedridden, suffering from kidney failure, unable to work and care for himself. Also, he needs regular dialysis.

The once good-looking, tall young boy, now lies immobile in bed day and night. He’s completely depending on his family to take care of him.

Due to his health, he was forced to give up his studies and lives off on social benefits because of one careless decision. Also, he lost a chance to live a normal life and experience a great future.

The Beginning of the End

Nine people were arrested in connection with the case and five, including the surgeons who harvested his kidney, were jailed in 2012. His family was eventually awarded 1.47 million RMB (168,000 GBP) in compensation later the same year.