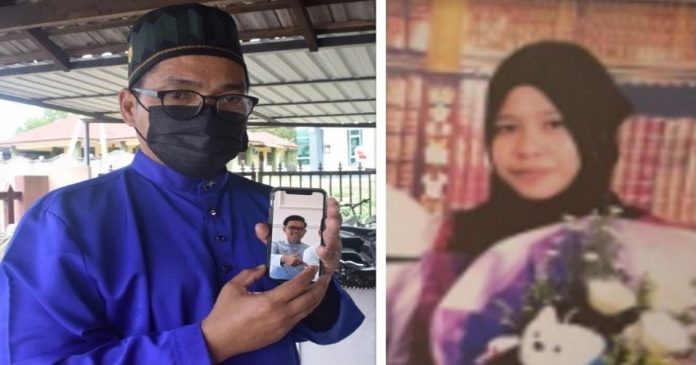 Studying in college was never easy, especially when you are doing your best to meet a due date or cramming for the exams. Two students under pressure did their college work well but ended up deceased. Here are their stories.

University student, Muhammad Adham Hazim, 21, was reportedly crawling to his parents’ bedroom and asking for help before he was rushed to the hospital.

His father, Mohd Rizaini Ghazali, 51, was shocked when the second of his 5 children have passed since Muhammad Adham Hazim did not suffer from any known illness.

“Only a few days ago, he complained of a headache… at about 5:00 AM yesterday (July 10), Abang Ngah (as Muhammad Adham Hazim was fondly known among family members) crawled into our room.”

“Abang Ngah complained about his splitting headache and asked my wife (Ros Fazilah Salleh, 46), and me to take him to the hospital. We had to ask for help from neighbors to rush him to the hospital,” he said when they were met by reporters at his residence in Kampung Bukit Berangan, Tepoh.

Muhammad Adham Hazim was confirmed dead at 10:52 PM on July 10 while being treated at the Sultanah Nur Zahirah Hospital (HSNZ). He was pursuing a diploma in Civil Engineering at the Faculty of Civil Engineering, UiTM Pahang branch before his untimely death.

The doctor informed Mohd Rizaini that Muhammad Adham Hazim suffered from 2 ruptured blood vessels in the back and on the top of his head, which has caused the bleeding, and it was evident on the computed tomography scan (CT Scan).

The father said that the student was completing his assignments and was preparing for his exams which were due in two weeks, hence, he usually slept late.

“Abang Ngah is a person who loves to study, and he would divide his time between his studies and running a part-time online business,” Mohd Rizaini said.

Muhammad Adham Hazim’s remains were laid to rest at the Kampung Bukit Berangan Muslim Cemetery, Tepoh at 11:00 AM on the morning of July 11.

A female college student was suspected of completing homework within the time limit, resulting in excessive fatigue and lack of sleep, and fell into a coma after experiencing headaches, vomiting, and epilepsy. She was sent to the hospital and died.

According to the Daily Metropolis report, the deceased Nur Natasya Ezreen Azemi (22 years old) was a student of the Department of Management and Business at the Universiti Teknologi MARA (UiTM). The death of the deceased was suspected of being overly fatigued due to schoolwork pressure which has aroused heated discussions on social media.

The deceased complained about a headache at 3:00 AM last Thursday (July 8th) in a house shared with her housemates. She was later sent to Sungai Petani Sultan Abdul Halim Hospital for treatment. She was unconscious at the time. The next day (July 9th) she, unfortunately, passed away in the hospital at 2:50 PM.

Anuhua, deputy director of the Kuala Mula County Police District, confirmed the above incident when being questioned yesterday, but the police did not receive a report.

Dana Madao, a staff member of the Health Bureau, pointed out in a Facebook post that the deceased had dizziness, vomiting, and seizures when she was alive and was admitted to the hospital after falling into a coma. According to a computed tomography scan, the deceased had a cerebral hemorrhage.

The mother of the deceased, Zulemi, revealed that her daughter often complained that her school schedule was too dense, which put her under great pressure.

Recently, Mara University of Technology issued a statement on Facebook confirming that two students from the university have passed away recently. They are Nur Natasya Ezreen Azemi, 22, (Department of Management and Business, Kedah Bhamo Branch) and Muhammad Adham Hazim Mohd Rizaini, 21, (Engineering Department of Pahang Branch). In response, the school mourned with the family of the deceased.

The statement pointed out that in terms of assessment, the school and all the lecturers involved have notified students of important assignment dates in the first semester. On June 18, the Academic Affairs Department has notified students and lecturers to extend their final assessment to August.

“At the same time, the school, through the Student Affairs Department and the tutoring unit, provides tutoring assistance to students, including dealing with the problems faced by students in open distance learning (ODL) during the COVID epidemic.”

The statement mentioned that students can discuss with their respective lecturers, academic advisors, or project directors to resolve subject evaluation and testing issues.