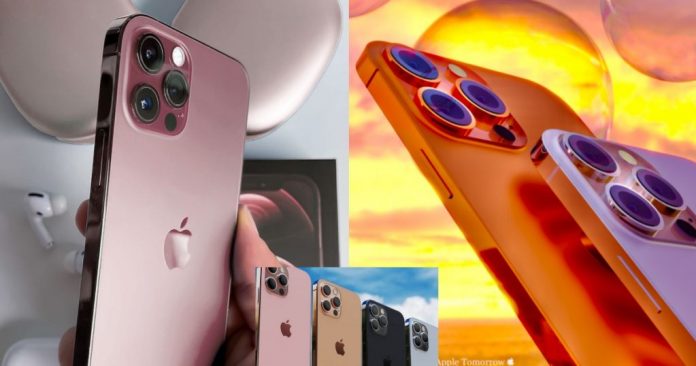 Rumor has it that there will be a few upgrades on the upcoming new iPhone model to be released this month. The highly anticipated iPhone 13 smartphone comes with a new design, a notch-less display, longer battery life, upped camera specs, and new color options, among others. As the release date approaches, speculations about the new iPhone 13 series continue to buzz.

Everybody who watched the latest episode of Apple TV’s Ted Lasso had a glimpse of what everybody speculated as to the iPhone 13. Rebecca Welton’s mother receives a call on her phone, and though it was not in its best angle for a clear view, the phone appears to be a notch-less iPhone. A few moments later, it was clear that the phone was meant to be an iPhone 12 due to its flat edges and rear camera block.

Fans and iPhone enthusiasts will be disappointed since the rumor of a notch-less iPhone 13 is mere hearsay. The new iPhone smartphone is said to have a reduced notch and is not totally notch-less. Although hopes are not lost for this feature, people should wait and see the upcoming release date on how the new iPhone 13 will look like. Although people prefer the notch-less feature, the iPhone 13 is less likely to have this.

There have been talks on when the release date of the iPhone 13 will be, although there are different dates that were released, and people have been speculating (and debating) on when the exact date would be. Apple analyst Ming-Chi Kuo recalls that Apple products are returning to their normal release dates which are normally during the last quarter of the year, which means a September launch.

Bloomberg’s Mark Gurman says that the iPhone 13 will be leading a parade of Apple products that will be released this fall. Another rumor DigiTimes, claims that there will be multiple events held by Apple this month of September. If the release date would follow a pattern using the previous launches, the iPhone 13 will be launched on the fourth Friday of September, which is the 24th, and pre-orders will begin on the 17th.

Other rumors say that an Apple Event could take place on September 14, and the invites for the launch will be released on the 7th. As far as release date speculations go, let us wait for a further announcement by Apple and visit their social media accounts for further details.

With the iPhone 13 set to be released sometime this September, the anticipation grows by the minute. Adding to the rising rumors, people are getting more ideas on how the new iPhone 13 will look like and its top features. The new Pro models boast of a 120Hz LTPO display, improved battery life, substantial upgrades, and all-important cameras, which include a new portrait video mode and astrophotography mode. Plus, the iPhone 13 could have satellite communications capability (though that feature maybe just for emergencies).

As the anticipation rises, talks all around mention that 44% of iPhone enthusiasts are ready to buy the new model.

Different dummy models of the iPhone 13 have received hands-on treatment by Apple manufacturers, and many of them have shown various possible design changes. The speaker may be moved to the top of the device, and the camera arrangement will be diagonal. Regular sizes for the iPhone 13 and a larger module for the iPhone 13 Pro.

Another iPhone 13 design leak says that the SIM card tray may be moved lower and the power button may be shifted to the bottom. The new phone will not be notch-less but could have a 25% smaller notch. Apple will be planning to downsize the notch on the new iPhone to give way to combining the currently separated infrared flood illuminator, sensor, and dot projector, which make up the iPhone 12’s Face ID unlocking system, into a single module.

The freshest iPhone 13 colors rumor points to four color options for the iPhone 13 Pro. These include black, silver, burgundy rose gold, and sunset gold. There are talks that the regular iPhone 13 may come in pink, but no truth to the rumor has emerged. Previously, we heard that there could be two new color options for the iPhone 13 Pro lineup: matte black and a new bronze or orange color. This is according to tipster Max Weinbach.

iPhone 13 prices may range from $699, $799, $999 and $1,099, respectively. Apple would like to keep the pricing relatively close to the models preceding it. Unfortunately, the firm also says that the iPhone 13 Pro models won’t have a 1TB storage option.

Whenever you buy a new tech product, take note of what you truly desire on a new phone or gadget. Choose something new and better, then balance your options. Such is the case with phones, with some people suffering from the fear of missing out (FOMO) when it comes to buying smartphones. You can play the waiting game forever and never truly win.

The rumored iPhone 14 is still far off, but gossip has been going around about its design and features, such as the return of Touch ID, especially now that expectations of Touch ID’s return on the iPhone 13 have been dashed.

We’ve also heard about possible camera improvements to the iPhone 14, like upgraded ultrawide parts for all iPhone 14 models. Another rumor says that the iPhone 14 might have a folded telephoto lens. This would allow better magnification without increasing the physical size of the camera or phone.

With this much anticipation from the iPhone enthusiasts that rumors have been growing to increase curiosity, all have to do is wait for days and see what the real iPhone 13 has in store for us. Rumors are just that, believe them or not.