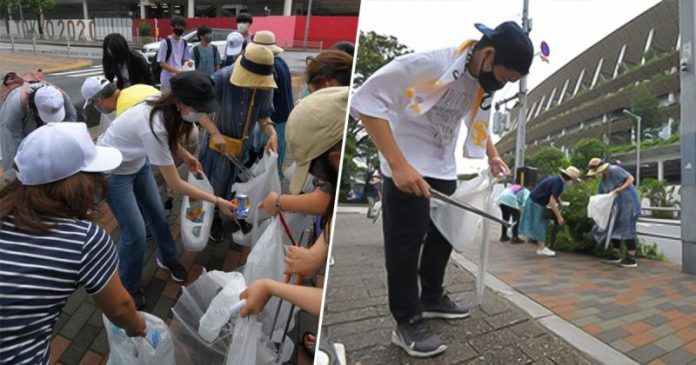 To celebrate the presence of athletes from all over the world, the people of Tokyo decided to work together by picking up trash around the National Stadium.

Although COVID-19 cases are currently on the rise in the country, Tokyo residents continue to work to keep the stadium area clean, and this culture has been practiced since the 1964 Tokyo Olympics.

Groups of volunteers could be seen picking up rubbish along the road near Shibuya Stadium on Aug. 9, a day after the Olympic Games closing ceremony. They then segregated the collected garbage into several categories such as cigarette butts, cans, plastic bottles, and other garbage.

All this is done in compliance with the SOPs set by the government. They are said to be able to collect enough garbage to fill five 45-liter garbage bags in an hour!

It’s no wonder that Japan is indeed famous for its pretty impressive discipline and cleanliness. Japan has set a good example, and all countries can emulate them.