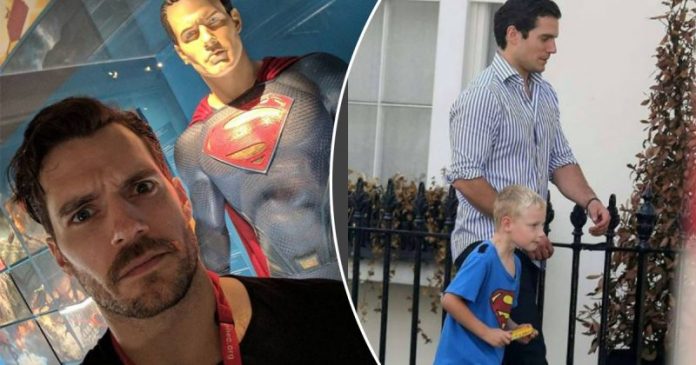 Just to mention the superhero ‘Superman’, surely our minds will remember handsome Henry Cavill, right? Recently, the story of Henry and his nephew named Thomas became the talk of netizens on Twitter. This is because, 7-year-old Thomas was accused of lying, saying that his uncle was Superman.

It all started when Thomas went to school wearing a Superman shirt one day, where students at the time were asked to tell stories about their respective families.

Even Thomas’ teacher questioned why Thomas was wearing the shirt.

“Because my uncle is Superman,” Thomas replied repeatedly with confidence. Thomas was eventually called to the office and advised not to ‘live in delusion.’

According to the teacher, Superman does not exist.

When it was time to go home, the teacher had asked Thomas’ mother to talk to her son about the matter.

“Now your son lied to everyone and said that his uncle is Superman,” said the teacher. “That’s the truth,” replied Thomas’s mother.

Since the people at the school still doubted him, Thomas’ mother then asked Henry to go to his school and ‘rescue’ her son. It was also quite difficult for the mother to get through to him at the time.

Then, maybe everyone will believe now!

According to Thomas’ mother, she asked Henry to pick up Thomas from school to avoid her son from being punished and further accused of being a liar.

The story was shared by Henry during an interview on LIVE! hosted by Kelly and Ryan.

Rich British Man Abandoned His Luxurious Life, Taking His Family to Live in an Old House on a Remote Island Without Electricity and Heater

Sleepy dog lets baby goats playing and jumping on him