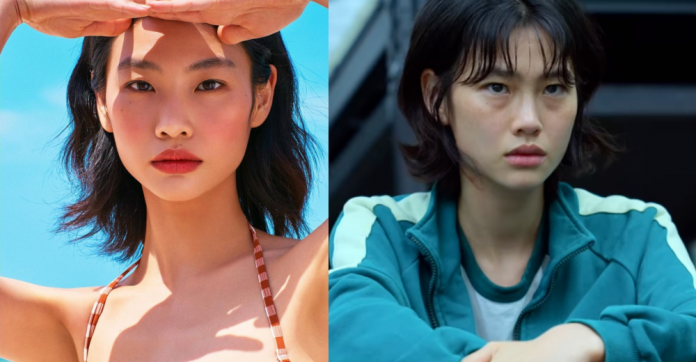 Since its worldwide release, NetFlix’s Squid Game instantly became a hit and gained so much attention. Not only that, even the actors have attracted so many fans globally. People could not seem to get enough of the limited series amidst its gruesome and disturbing scenes, and there is one particular character that caught their attention.

Jung Ho-yeon, who plays the role of a North Korean defector named Kang Sae-byeok, number 67, stood out. Jung has risen to international fame as the series tops Netflix’s most-watched list around the world.

Before the series premiered on Sept. 17, 27-year-old Jung is already established in the modeling industry. In 2013, she started her career by being a participant in a cutthroat, yet far less deadly competition, “Korea’s Next Top Model,” where she landed in second place. Since then, Jung has appeared at Seoul Fashion Week, making her way up the international scene.

According to HypeBae, Jung has signed on as an exclusive model for Louis Vuitton in 2016 for its 2017 Fall/Winter fashion show. At the time, she donned her signature look of vibrant red hair and continued to make her career status as one of South Korea’s top models rise up the modeling scene. She also graced the catwalk modeling for signature brands like Chanel, Gucci, and Marc Jacobs, to name a few.

Jung spent sleepless nights studying the script except during meal breaks, Jung revealed in an interview with W Korea. She focused on learning about the character she was auditioning for. After two days, she sent the audition tape then flew back to South Korea to do an in-person audition.

When she finally got the role of Sae-byeok, she could hardly believe her luck. The question “Why?” was the first thing that she recalled saying. Mixed emotions overwhelmed her, from happiness to fear, doubting that she may be able to fulfill the role she was offered.

After the show was released, the viewer reactions on her social media accounts were very clear that she did justice to the role.

In countless viral videos circulating the internet, Jung has been the center of discussions among netizens who have seen the show. Many of them were comparing her dark but persevering character on the show to her fierce personality as a model in real life. According to Chosun, her Instagram followers were roughly at 400k before the show started and soared high to 9 million two weeks after the show’s premiere.

As of today, October 13, she has a whopping 19.6 million followers and still rising.

Jung revealed in an interview that she can relate to her character, Sae-byeok, who viewers got to know and love on the limited series. She says that she experiences the same loneliness during her many days traveling abroad.

“Sae-byeok had to leave her hometown in North Korea and was forced to live apart from her family,” Jung said. “The feeling of loneliness while trying to make it through life isn’t much different.”

Jung is also happy to reveal that also her co-stars have joined Instagram.

Jung’s co-stars Park Hae Soo and Lee Jung Jae have signed up for an account on Instagram on October 2, and have garnered millions of followers days after.

Lee already has one million followers after a day.

While Park has gained almost 600K followers in a short period.

A teacher caught one of his students stealing, the way he...