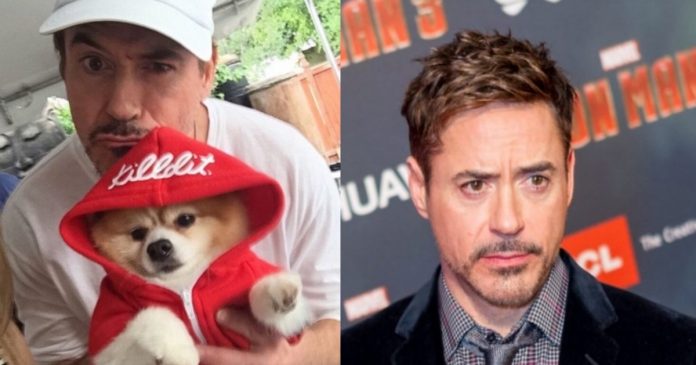 Animals do provide emotional support to people who, in return, care for animals, too. Actor Robert Downey, Jr., who represents Iron Man in the Marvel MCU saga, has always been open about his love for animals. The superhero captivated his followers by showing the more compassionate side of him with his pets.

Robert also represented the famous Doctor Dolittle, a veterinarian who can communicate with animals. For him, it would not have been difficult, the ability to talk with them literally is fiction, but in his house in Malibu, he has several animals of different species.

He and his wife Susan rescued two cats that immediately became a member of his family.

Monty and D’Artagnan are the names of the two rescue cats that were welcomed by the famous Hollywood actor.

Robert confessed that he does not appreciate his life anymore without the animals he has rescued.

In 2017, he rescued Moly, a black cat who needed an opportunity to have a warm home. He was offered the protection and love that he deserved after facing a difficult past.

Moly is nice and friendly, and he has always been pleased and lucky enough to have the affection of his family who loves him so much.

Susan commented that D’Artagnan is sometimes difficult to understand, so it is hard for them to tell if he is happy or in a bad mood. They describe him as a very sleepy cat, though he interacts happily with the rest of the pets in the house despite his particular character.

The actor confessed that he initially refused to adopt rescued animals because he was very saddened by the situation they faced, but now he could not resist taking them in his home forever and now claims that he could not live without them.

In addition to cats and dogs, the Downey house also has alpacas, animals that look like llamas, and they keep them as pets.

The actor’s mansion has large grassy backyards in which the animals enjoy just like in their natural habitat.

The backyard full of animals has generated a lot of interest from people because it was designed with sustainable architecture and includes rescued animals such as goats, chickens, pigs, and cows, in addition to alpacas.

Robert Downey announced that he switched to a vegan diet after being aware of the unfair treatment that animals receive.

During the premiere of the film Dr. Dolittle, he expressed his admiration for his wife’s talent as a producer and commented:

“She is the most amazing creative producer in the history of cinema, and I make funny faces for money and chicken, although now I don’t eat chicken anymore. I’m adopting a plant-based diet,” he said.

The actor created the foundation called The Footprint Coalition, to merge robotics and nanotechnology to clean up the planet.

His decision to switch to a vegan diet will contribute to this end because livestock manufacturing is one of the industries that generates the most plastic waste in the oceans and promotes climate change.

Actress Ruby Rose, who played Batwoman in DC’s Arrowverse, is also in favor of defending the planet and animals.

She joined the trend of switching to a vegan lifestyle when she learned about the unfair treatment suffered by the animals we consume.

“I frequently ate something called ‘shark fin soup’ and didn’t know about it. I asked my mom if that was made with the fin of a real shark, and she replied, “Oh no, honey, of course not.” After discovering that it really was, I became very sad, I cried for three weeks.”

“It seemed even worse that sharks only had their fins cut off and that they were there without being able to move. That really scared me, I used to have nightmares that they were in the ocean without fins and I couldn’t eat any fish anymore.”

The followers of Robert Downey and all the real-life heroes who join to fight for the rights of animals and our planet applaud his initiatives and inspire others to work for the same cause.