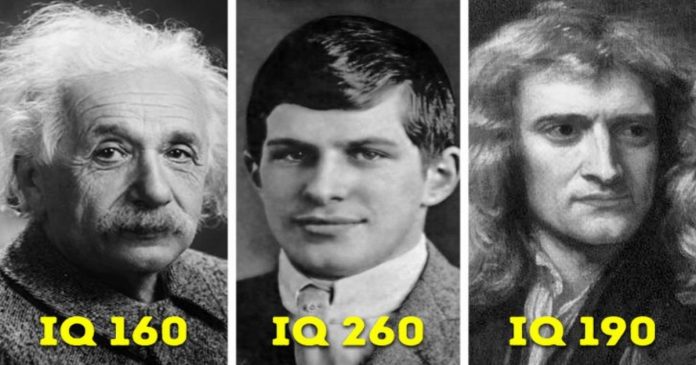 The IQ of ordinary people is around 100, and those geniuses who change the world often have high IQs. Albert Einstein has an IQ of 160, and Issac Newton has an IQ of 190. But not all people with high IQ are well-known. A man named William James Sidis has an IQ of 250 to 300, who is called the world’s smartest man, but his story is very sad.

▼In April 1898, William was born in Boston, New York. His father has a Ph.D. in psychology, with 4 degrees from Harvard University; his mother is a doctor of medicine. Both parents’ genes are so good, and William naturally did not disappoint. He is much smarter than children of his age. William was able to read the New York Times when he was 18-months-old; when he was 6-years-old he could speak English, French, German, Russian, Hebrew, Turkish and Armenian; when he was 8-years-old he invented a unique language, named Vendergood.

▼A child prodigy like William must have a different life experience from ordinary people. He passed the Harvard University entrance exam at the age of 9, but because he was too young to enroll, he did not officially go to Harvard University until he was 11-years-old. He is proficient in advanced mathematics and celestial sports. He gave lectures at the Harvard Mathematics Club at a young age and obtained a bachelor of arts degree at age 16, with excellent grades.

▼William’s life is very enviable, but he is not happy. When he graduated from Harvard, he told reporters: “I want to live a perfect life. The only way to have a perfect life is to live in seclusion. I have always hated people.” He also said that he will remain single and never get married because women were not attracted to him.

▼At that time, people thought that through specific educational methods, children can become geniuses. William’s father was very harsh on him. He was unwilling to forgive his father and even refused to attend his funeral. To live a low-profile life, he insisted on doing very low-paid paperwork, but he still was the focus of attention.

▼In 1924, a reporter discovered that William was working at a weekly salary of US $23.00 (about 673 Taiwan dollars), and mocked his fading aura of genius. William once again became a topic of discussion, but this time it was no longer admiration, but ridicule. In fact, William has always been a genius. He has written dozens of books under pseudonyms, some of which are very valuable.

▼ William was also arrested for participating in a political demonstration and sentenced to 18 months in prison. His parents saved him from prison and sent him to a nursing home for 2 years. In July 1944, William lost his life in a small apartment in Boston due to a stroke at age 46.

William has always been a genius, but he hasn’t changed the world or even changed himself. He has struggled with his misfortune throughout his life. The story of “the world’s most intelligent man” is truly very sad.