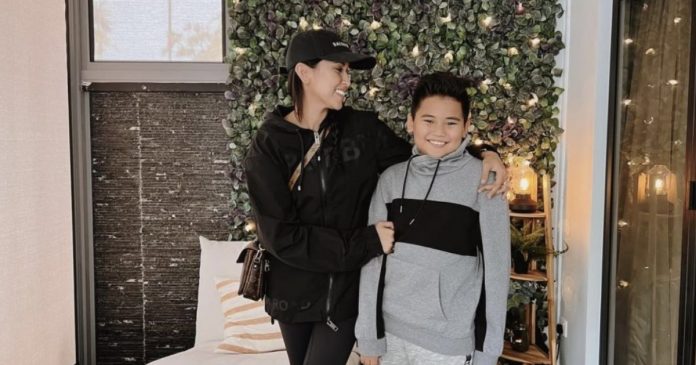 Children do not realize how proud we are of them when they are selfless and do random acts of kindness. In their thoughts, they assume that their parents may scold them when they help a stranger in need. Singaporean celebrity, Nurul Aini‘s son, Shan kept a secret from her for a year that she has shared on social media.

On November 25, celebrity/presenter, Nurul Aini, learned of a heart-warming gesture her son shared with her after a year of keeping it a secret. The 39-year-old actress was surprised, but proud, when she discovered that her son has been sharing his allowance with a less-fortunate classmate for an entire year.

Shan’s teacher complimented him for being kind to his classmate, and he shared this story with his mother when he got home. Nurul shared his story as well to her Instagram account, which garnered more than 29,000 likes and many comments. It turns out that she was more proud of him than he thought.

“His parents didn’t give him enough for food and drinks. So he will usually just buy a drink and won’t eat. I feel bad so I gave him money,” Shan told his mom, adding that his classmate pays him back after that.

Nurul was surprised at how much the food costs in their school canteen, which are $2, and the drinks cost 60 cents. Shan’s classmate receives $1, or $2 the most, from his parents. Though Shan also receives only a $2 allowance per day, he still shares it with his classmate. “That means, I haven’t been giving you enough allowance, too???” she exclaimed to Shah.

However, Shan reassured his mother that he brings his own drinks in his water bottle, so he did not need to buy them from school. He also saves some money at the end of the day, and Nurul confirmed this when she saw coins in his wallet amounting to $9.

Nurul wondered how his classmate can pay him back when he does not earn that much. Shan was a little hesitant to answer, though he told her the truth in the end. “Mommy, please don’t scold me, ok? But sometimes, I only take 20 cents back. Because he’s so kesian (pitiful) lah, Mommy. I don’t have the heart. But I have to,” Shan said. “Because the teacher always asks him if he already paid me back. I don’t want him to get scolded, so I take 20 cents instead of the full amount so that teacher won’t scold him for not paying me back.”

“My heart just sank,” Nurul gushed. “My child, your sweet, sweet heart. What have I ever done to deserve you, Shan? And he has been doing this the whole year. I didn’t know a thing about it. So he apologized for not telling me. But how do I even blame him? I am a mother with an 11-year-old son who is always the one to remind me to be generous and kind to everyone and not have to show it to the world. Without you realizing it, you are teaching me more about life than I am teaching you.”

Nurul has raised Shan properly and taught him that it is not good to lie, either. She suggested for Shan to talk to his teacher in private that it was okay with him if his classmate did not pay much since this was Shan’s way of helping the needy. He agreed.

While Nurul claims that Shan has taught her a lesson of selflessness, she herself has shown a good example of the same trait to her kids. Recently, she has helped raise US $23,440.00 (about S$32,000) in two days to help the less fortunate individuals in Malaysia during this time of the COVID-19 pandemic.