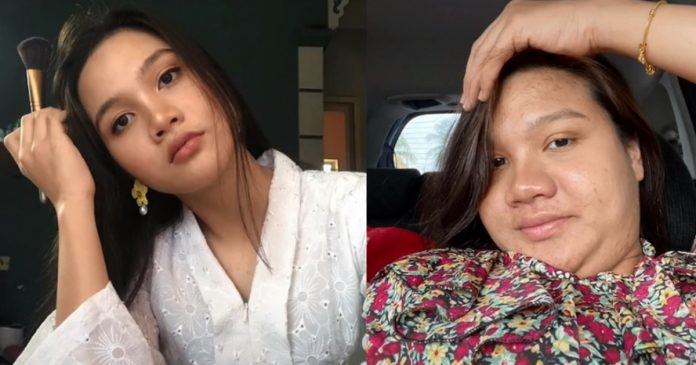 Everybody says that motherhood is one of the best moments in a woman’s life. They are not wrong. The stages of pregnancy, though, come with great sacrifices. Hormonal changes, moodiness, nausea, etc. In the end, all those sacrifices during pregnancy disappear when we finally hold our precious child that we have brought into this world.

Our mother’s sacrifice begins when we are born and while she raises us.

Bearing a child and raising it is the ultimate sacrifice for a mother. Although, the feelings of happiness and fulfillment are not missing. Women undergoing the stages of pregnancy have various unique experiences. For instance, some women undergo nausea and vomiting at the sight or smell of food or other fragrances. Though most of them crave for a certain food in their first trimester of pregnancy.

Also, during the first trimester, hormonal changes start to happen. A video on TikTok showing the drastic changes of a woman before and after her pregnancy has gone viral. Although most women undergo the same dilemma, people still get surprised by how pregnancy can change a woman’s looks.

Watch the full video below showing extreme changes in her physical outlook:

Weight gain and face pimples due to hormonal changes

In the video, a woman shared photos of her physical changes before and after the stages of her pregnancy on her TikTok website.

She also showed a close-up photo of her forehead wherein pimples have appeared to break out. Sadly, most pregnant women experience acne during the stages of pregnancy.

According to HealthLine.com, an increase in hormones called “androgens” can cause the glands in your skin to grow and produce more sebum, an oily, waxy substance. This oil can clog pores and lead to bacteria, inflammation, and breakouts. Hence, the acne breaks out due to hormonal changes during pregnancy.

These sacrifices she has undergone paid off when she gave birth to a healthy baby weighing 2.38 kgs. (approx. 5.25 lbs.) After she gave birth, she focused on losing weight and restoring her former body appearance and figure.

“Hopefully, my ambition to return to my normal appearance will be achieved,” she said.

Netizens react to her TikTok video

“Pregnancy is a temporary sacrifice. A mother’s life is wonderful. Getting back to being gorgeous again will take a lot of sacrifices!” – Netizen

When the video was released on TikTok it immediately garnered up to 3.3M views, 207K likes, and 5K comments. Some netizens also left encouraging words to the woman.

The photos below are some interesting comments from netizens who reacted to her TikTok video:

Don’t be discouraged, sis, do not despair. With a little perseverance, you can be gorgeous again! 🙂

My aunt used to tell me: “Pregnancy is a stage, not a sickness.” She was right. Motherhood is wonderful, and every sacrifice that comes during pregnancy is well worth it.