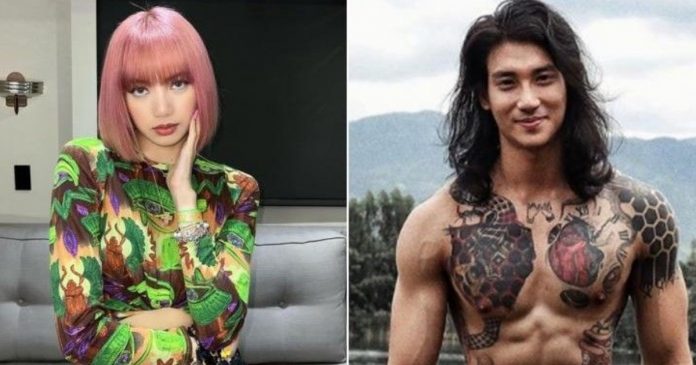 The lists of the 100 Most Beautiful Faces of 2021 for both male and female categories have been released! More than 800 qualified celebrities were nominated and were narrowed down to 100. Here is a breakdown of the top 100 winners for 2021.

A film critic website called TC Candler, has been annually organizing a list of the most beautiful faces in the world since 1990. According to TC Candler, this year’s Top 100 Beautiful Face for 2021 for the female category is Thai singer, Lisa, of the South Korean girl group Blackpink, while Myanmar’s Leading Model, Paing Takhon wins the top spot for the male category. The lists were released on Tuesday, December 28, 2021.

2020 winner, Israeli model Yael Shelbia, dropped to no. 6 on the list, while 24-year-old Lisa, whose full name is Lalisa Manoban, who was on the second spot, is now on the top of the list. She is followed by a 26-year-old blogger from Norway Emilie Nereng, at number 2. In third place is 24-year-old Somali-American model Halima Aden.

Number 4 on the female’s list is 25-year-old Filipino-Moroccan actress Ivana Alawi, while Korean-American singer Nancy, 21, of the girl group, Momoland, is at number 5.

Other notable women on the list were 22-year-old Taiwanese singer Tzuyu, of the South Korean girl group Twice who lands in 7th place; 36-year-old Israeli actress Gal Gadot, who plays Wonder Woman in the DC Universe films is in 15th place; 24-year-old Blackpink singer Rose in 17th place; and 24-year-old Filipino-American actress Liza Soberano, who won 1st place in 2017, is in 18th place.

In the men’s division, Swede YouTube star Felix Kjellberg, 32, known by his followers as PewDiePie, has also been dethroned. PewDiePie dropped to number 9, while Myanmar model-actor Paing Takhon is sitting on the throne as number 1 on the list.

25-year-old Paing Takhon caused a commotion among his followers when he posted photos of himself with a shaved head and wearing a Kāṣāya (monk robe) and spent the New Year being a monk and went on for 10 more days.

His legal team said, “He has been sentenced to three years in jail for supporting the pro-democracy protests in Myanmar, as the country has been rocked by mass protests since the coup in February.”

38-year-old Australian actor Chris Hemsworth, better known as the actor who played Thor in the MCU films, is in 2nd place while 3rd place goes to 25-year-old BTS singer V, whose real name is Kim Tae-Hyung. 26-year-old American actor Timothee Chalamet, who played the lead role in the movie, Dune, is in 4th place; and another BTS singer, 24-year-old Jungkook, lands in 5th place.

Here are the videos of both male and female categories:

Do you remember “Unchained Melody”?—The song that stayed on the Billboard...