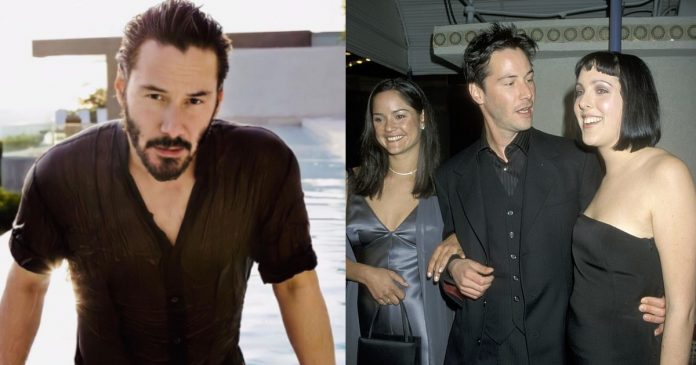 Keanu’s younger sister, Kim, battled Leukemia for 10 years prompting him to donate 70% of his salary from his first ‘The Matrix’ movie. He became her primary carer until she went into remission.

According to LadBible, 57-year-old Keanu Reeves funded research for blood cancer when he discovered that his younger sister, 55-year-old Kim, was diagnosed with the sickness 10-years-ago. In 1999, Keanu had earned $35 million from his first “The Matrix” movie.

The Speed star reportedly sold his home and stayed with Kim, spending almost $5 million on medicines and therapies to help her recover. During this time, filming for the Matrix sequels was put on hold. When Kim finally recovered from Leukemia, this inspired Keanu to open up a cancer charity, but chose not to be the main donor and remained anonymous.

“I don’t like to attach my name to it, I just let the foundation do what it does,” he said. “It’s been running for five or six years, and it helps aid a couple of children’s hospitals and cancer research.”

Devoted older brother, Keanu said of Kim, “She was always there for me, you know. I will always be here for her.”

Keanu also combined his profits from the second and third Matrix films and donated a portion to the VFX and costume design teams. According to a 2001 Wall Street Journal report, “He felt that they were the ones who made the movie and that they should participate.”

In June 2020, Keanu initiated an auction for a “meet-and-greet” via a 15-minute Zoom date for the profits to be donated to a children’s cancer charity, Camp Rainbow Gold. Since netizens have been fully aware of his charitable nature and handsome looks, they have described him as ‘the internet boyfriend’.

In October 2020, when the sequel of the John Wick movie series wrapped up, Keanu gave each of his 4-men stunt team a Rolex Submarine watch worth $9,150 a piece. Bruce Concepcion, Jeremy Marinas, Dave Camarillo, and Li Qiang were the lucky recipients – with Marinas sharing a photo of the gift on his Instagram story.

The captions to Marinas’s story were, ‘best wrap gift ever,’ and showed a photo of the inscription on the watch that read ‘The John Wick Five Jeremy Thank you Keanu JW4 2021.’

The sequel marks the return of its original John Wick characters, such as Laurence Fishburne as The Bowery King, Lance Reddick as Charon, and Ian McShane as Winston.

On the other hand, they welcomed new stellar cast members to the final installment, including Donnie Yen as Caine, Hiroyuki Sanada as Shimazu, and Shamier Anderson as Tracker.

Although no plot details are being published at this time, John Wick 4 under Lionsgate Productions will be released in theaters around the world on March 24, 2023.

While waiting, Keanu fans can watch The Matrix: Resurrections already in theater on 22 Dec 2021.

Trailer for The Matrix: Resurrections:

Miss Universe 2018 Catriona Gray shows off her charming personality on...