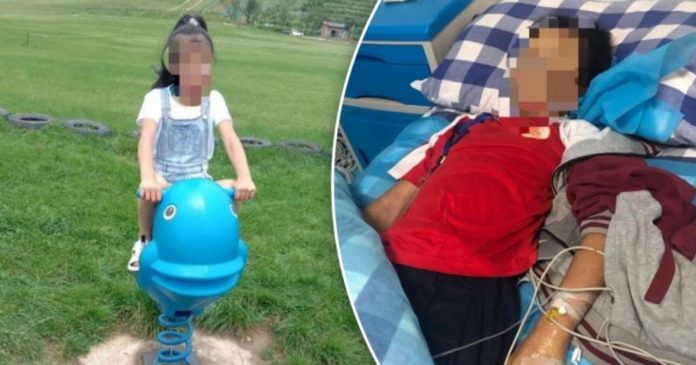 A teacher may be a disciplinarian and has the right to mildly punish students who do wrong in class. An extremely fatal punishment done to a student that may cause physical harm or, sometimes, their lives is punishable by law.

Oriental Daily has reported recently that an elementary teacher from Sichuan, China, harshly punished one of her female pupils for answering 2 math questions incorrectly. The said punishment led to a tragedy.

During a Teacher’s Day celebration in China on September 10, the victim, 10-year-old Ning Ning, gave flowers to her teacher named Wang.

However, when Math classes were ongoing, Ning Ning made 2 mistakes while solving math problems. Instead of properly telling the child of her mistakes, teacher Wang told Ning Ning to stand on the classroom podium. While pulling her ear, teacher Wang was hitting and slapping her head and hands, as well.

According to Qian Qian, Ning Ning’s twin sister, who was also in the same class, her sister could no longer raise her head after the blows done by the teacher.

At around 11:00 AM, teacher Wang called Ning Ning’s grandmother, Yang Juqing, to pick her up from school and bring her home to rest. Upon arriving, the grandmother said that Ning Ning is unable to speak and open both her eyes.

She was then rushed to the hospital when they realized she was already unconscious and not responding.

Unfortunately, after many attempts to revive the little girl, they could not save her life.

According to Yang Juqing, Ning Ning often complained of attending her math classes due to her fear of teacher Wang. The little girl said that the teacher would use harsh punishments and beat up the students for answering math problems incorrectly.

After the heartbreaking incident, the school’s principal could no longer be contacted to further comment about teacher Wang. The unfortunate situation happened in Gaopo City, Cangxi District.

Emotional Reunion for a 65-year-old Woman and Her 84-year-old Biological Mother...