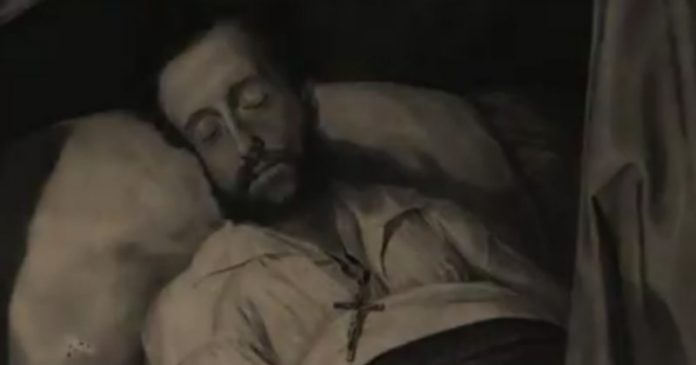 One day a king found himself on his deathbed and began to wonder about the four wives he was leaving behind.

The king cherished all of his wives but he adored his fourth wife the most. He adorned her in the finest jewels and showered her with luxuries.

His third was very beautiful and the king loved to parade her around neighboring kingdoms, showing off her great beauty.

His third was was very kind, patient, and considerate. Whenever the king faced challenges with decisions, he would go to her and she would help him make a fine and fair decision.

His first wife was a very loyal partner and made a great contribution to the kingdom, maintaining the king’s health and wealth.

But the king hardly noticed her at all and often ignored her entirely.

But as he fell ill he knew he would die soon. The king thought, “I now have four wives with me, but when I die I’ll be all alone.”

Saddened, he called his fourth and favorite wife to his side and asked of her a favor:  “I loved you most. When I die, will you keep me company?”

The fourth wife refused and walked away without another word.

The king was deeply saddened.

One after another his wives all refused to follow him after his death.

Devastated, his heart sank listening to the cold words said by his wives.

Then a voice came from outside the bedroom. “I will go with you, no matter where it is you go.”

The king looked up and saw his first wife who was looking very dull and pained.

He said to her with grief, “I should have taken care of you when I had the chance.”

The truth is we all have four wives.

The fourth wife represents our body. Throughout our lives we try to make it look good but our bodies will leave us when we die. The third wife represents our wealth and status. After death it will be passed on to others. The second wife represents our relatives, family, and friends. No matter how much they have been there for us, the furthest they can stay by our side is up to the grave.

The first wife represents our soul. In pursuit of carnal pleasures, wealth, and luxuries of this world, we often ignore it. Our soul is the only thing that will follow us. In this world we live for pleasures and sometimes we ignore our soul and spiritual being.

If this story touched your heart, please consider sharing it with your friends and family.

For 42 years, this mother was plagued by doubts about her...

A man feeds a white stray dog that keeps following him...