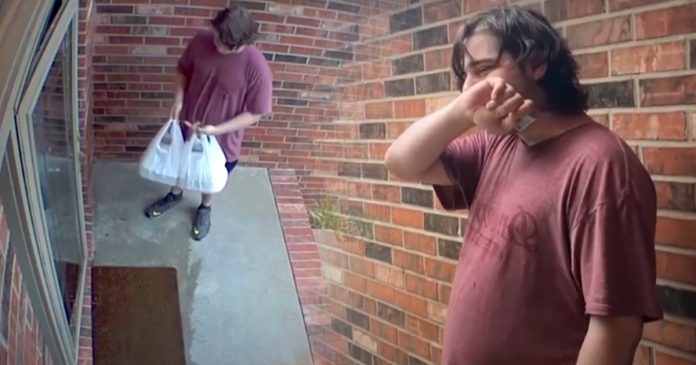 Many lives around the world were affected due to the COVID-19 pandemic. Many have lost their jobs, the wages of some workers were reduced, and most businesses were forced to close when the lockdown started.

When some countries have lifted quarantine, some people tried to get their lives back on track by finding another job. Those who still had their work struggled to move on. Individuals everywhere did their best to maintain what they had, and some people helped one another, family or otherwise, by doing good deeds and paying it forward.

Recently, a struggling delivery driver received a huge amount of tip from a good samaritan, and he admits to receiving it at the right moment when he needed it most.

A food delivery driver went to his usual customer’s house, and when the house owner came out, he said that he would be giving a tip of $500. The driver could not believe it at first because it was a large amount of money.

He thought that the homeowner was joking until he saw the tip being handed to him.

Receiving the large tip overwhelmed him, and he started bursting into tears. He revealed that he just gotten involved in an accident with his fiancé and that the car he was using was a rental. He also said that he would use the money to pay his rent.

The young delivery driver also explained that he had lost his job due to the COVID-19 pandemic. He said that he could use the large tip since his house rent was due the next day, and he was struggling to find the money to pay. He and his fiancé were struggling to survive during the lockdown.

The young man asked the homeowner how he could repay him. The kind-hearted man said that he was paying the favor forward and was happy to help in any way.

The delivery driver was still in shock upon receiving a large amount of tip but he managed to thank the homeowner. He felt like he was in a dream and was lost for words. He was very appreciative of the help that was given to him.

The homeowner did something very humbling. The $500 tip that helped the delivery driver may not be as large or small as it is for other people who received large amounts of tips, though it has helped him ease the burden and helped him move on.

You may watch the video on Facebook Watch here.

When someone has extended you a helping hand, help others too by paying it forward. In that way, everyone around the world will help others in need, friends or strangers.

Sad Widower Takes Framed Photo of His Late Wife to the...