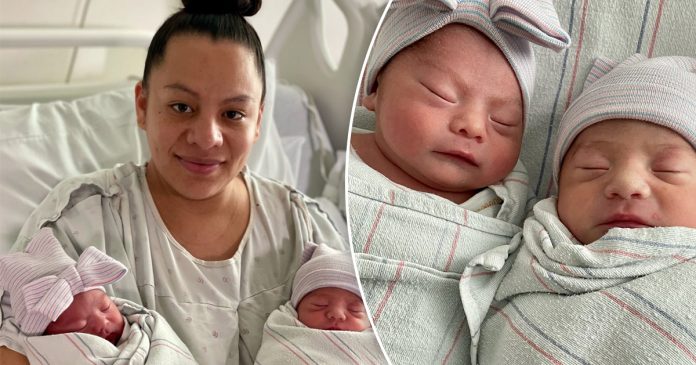 Twins are babies usually born on the same day but minutes apart. The same goes for triplets, quadruplets, etc. However, an unusual incident took place early this year regarding twins born on a different date, year, and time. The medical staff who delivered the baby were amazed by the extraordinary event.

On December 31, 2021, a woman in Greenfield, California, named Fatima Madrigal gave birth to twins on different dates, years, and times. Together with her husband, Robert Trujillo, the couple welcomed their fraternal twins at Natividad Medical Center. The first one was born on New Year’s Eve of 2021, and the second was born on midnight of New Year’s Day 2022. An incident that is 1 in a million!

DailyMail UK reports, that according to Fatima, the mother of the twins, said that the babies’ due date was supposedly on the 31st of December, 2021. Although the firstborn son arrived on the expected date, his twin sister was born at exactly midnight of January 1, 2022. Hence, the twins do not share the same birthday.

“It’s crazy to me that they are twins and have different birthdays,” she said in a press release from the medical center. “I was surprised and happy that she arrived at midnight.”

With such a rare incident, the doctor who delivered the babies that night was amazed. “This was definitely one of the most memorable deliveries of my career as a physician,” said Dr. Ana Abril Arias, a family doctor at Natividad Medical Group and member of the faculty at Natividad. “It was an absolute pleasure to help these little ones arrive here safely in 2021 and 2022. What an amazing way to start the New Year!”

About 120,000 twins are born in the United States each year, making up 3% of the total births in the country. Though, twins are rarely born with different birthdates.

The mother, Fatima, immediately posted a Tweet on New Year’s Day, 2022. “We welcome our firstborn son, Alfredo Antonio Trujillo, born weighing 6 pounds, 1 ounce at 11:45 PM on December 31, 2021, while our daughter, Aylin Yolanda Trujillo, weighing 5 pounds, 14 ounces, arrived at midnight on January 1, 2022. Such a rare situation that is 1 in a million!”

The best way to start the New Year! Congratulations to Fatima Madrigal and Robert Trujillo!

A Senior Student in Virginia Gets Suspended for Riding a Horse...

A Woman Reunites with Policeman who Helped Her During Her Troubled...