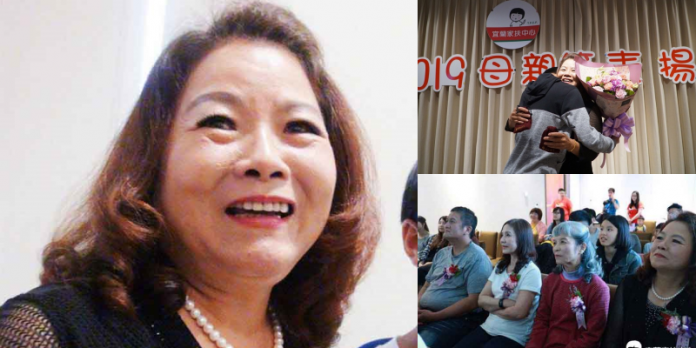 Some become single mothers by choice, some are forced into it and some simply face the fact that they must finally become a single mother.

Forced to answer the question, “How will I do this?”, the road can be quite long, and, the road is different for everyone. This is the same for Taiwan’s Wang Su-zhu, who at 60-years-old, was made not to only look after her own two daughters and son, she also took in her tenant’s children under her own care.

“I divorced my husband at the the age of 28-years-old, to which I had two daughters…and later adopted a son.”

“As my children got older, they soon became married and have started their own careers. I began to double as a hairdresser and babysitter after my tenant divorced his wife, became depressed, and was unable to care for his two sons.”

She adds that her tenant divorced his wife 13 years ago. Afraid that his two children may be taken away, as the tenant could no longer hold a job and was on the verge of suicide.

She informed her tenant that it was a non-issue: “It doesn’t matter because I’ll help you out. Don’t think anything of it.”

At this point in time, she left her job as a hairdresser and began looking after the two boys fulltime.

It was a huge challenge for her, as both boys would lament on their streak of bad luck.

Caring them as if they were her own, Wang recalled one of the boys mentioning: “Why would they give birth to me and then leave me?”

At this point, Wang would hold them in her arms and say: “You’re grandmother’s angels. I’d be lonely without you.”

Commended by Taiwan Fund for Children and Families’ (TFCF) Yilan branch for her unselfish love, the boys gave her a big hug and expressed loudly: “Grandma, I love you and want to pay filial piety to you,” moving Wang and the crowd to tears.

In her interview, Wang said, “Children can’t live without a mother.”

“I understand the hardships a single-parent family experiences. Without the company and guidance of a mother, children can easily go astray.”

She now hopes that her boys can grow up healthily, safely and bravely pursue their own dreams in the future.