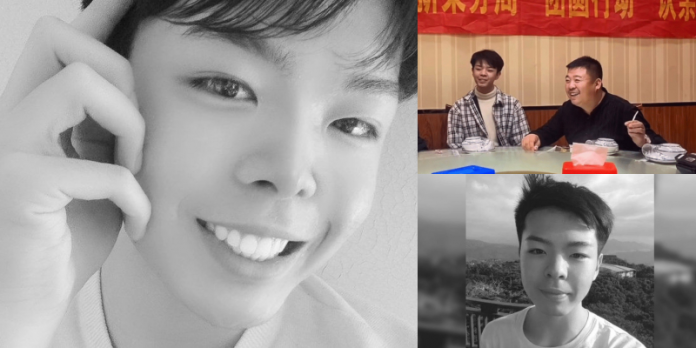 After gaining national attention in his plight to find his biological family, 17-year-old Chinese teenager Liu Xuezhao was found dead having committed suicide.

The tragic story which began with Liu Xuezhao’s parents selling him off to another family, it wasn’t until his adoptive parents’ death that later prompt him to begin his search for his biological parents.

Made to live with his adoptive grandparents and other relatives, Liu Xuezhao captivated the nation’s attention and prompted an outpour of sympathy from the public.

In December 2021, Liu Xuezhao embarked on a journey to find his biological parents with an online search. Taking to social media, he mentioned that it had been a happy reunion.

But it was not all sunshine and rainbows, as things turned sour when Liu mentioned about needing financial help.

The financial plight began with Liu asking his parents if he could live with them, or for them to fund a home for him as he did not have a home of his own.

In response, Liu shared that his parents made the decision to cut him off and his mother even blocked him on WeChat.

Disputing Liu’s claim, his parents said that Liu tried to force her into buying him a home, which she could not afford.

In retaliation, Liu said that he is in the process of suing his parents in court for abandonment on his Weibo post – this triggered the bout of cyberbullying, as many slammed him for forcing his parents to buy him a house and attempting to gain sympathy.

In his long essay on Weibo, before attempting suicide, Liu writes: “I have endured being called many names. I have been abandoned twice by my biological parents.”

At the end of his essay, Liu talks about his intention of “ending this life of mine”, of which many disagreed and tried to stop him from doing it.

A beach in Sanya in China’s Hainan province where Liu Xuezhou, 17, was found dead on Monday.  Liu’s aunt confirmed his death with local media, saying that he was found hours after the social media post went online and was taken to a hospital where passed away in the early hours of Monday.

According to a study, the most common cause of child trafficking is China’s one-child policy. Implemented in 1980 and partially relaxed in 2013, the law imposes fines on families who give birth to two or more children. Families ill equipped to pay penalties on top of the costs of raising a child—food, school tuition, etc.— sometimes opt to sell their offspring.

Neither child trafficking nor baby buying in China are widely studied. No one can say for certain how many children are kidnapped in China each year, or what percentage of them end up being put up for adoption domestically or internationally.