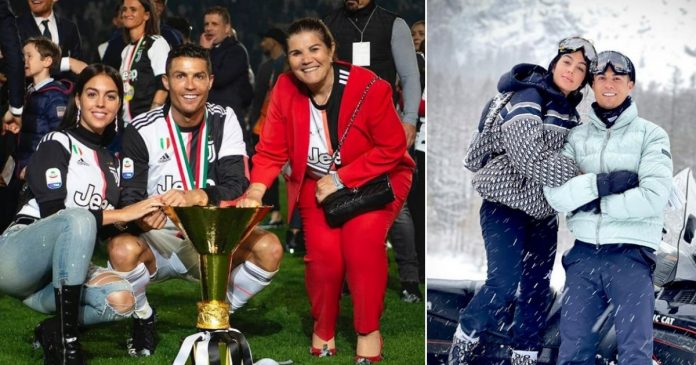 Cristiano Ronaldo needs no introduction especially to football fans all around the work. but when it comes to his personal life, the world is beginning to come to terms with Cristiano’s current girlfriend and mother to the Portuguese football player’s four children, Alana Martina.

A true rags-to-riches story, the model’s journey began in the city of Jaca, Spain, where she was born. Sharing her biography ‘I Am Georgina’ on Netflix, Georgina is, among many other things, a model, mother, influencer, businesswoman dancer and Cristiano Ronaldo’s partner.

Talking about Jaca, Georgina shares: “Jaca is the place where I grew up. It has changed. But it is where I danced, and enjoyed the love of my family.”

“All of that left a mark on me. It is very important not to forget where I come from. I know what it’s like not to have anything and what it’s like to have it all.”

Sharing that she also once lived in Bristol, where she worked as an au pair, Georgina shared how her zing with Ronaldo began, while working as a shop assistant at a Gucci store in Madrid.

Recalling the meeting, all the way back in 2016, she described Ronaldo as her Prince Charming.

“His height, his body, his beauty caught my attention. I was trembling when I spoke to him, but a spark ignited.”

“I am very shy and perhaps this stirred me more in front of a person who, with one glance, had touched me deeply. Then after, the way Cristiano treats me, cares for me and loves me did the rest.”

Beginning her life as a waitress, an au pair and a shop assistant, ever since her meeting with Ronaldo, their relationship progressed steadily before paparazzis got wind of who they were in late 2016.

Georgina has since attended all of Ronaldo’s games with Real Madrid, Juventus, Portugal and most recently Manchester United. She is also sighted attending FIFA events and ceremonies with Ronaldo’s mother, sisters and son.

Their relationship was further emphasised in 2017, when Georgina gave birth to their baby girl – her first with Ronaldo.

Insisting that she is a self-made woman, Georgina was quoted in saying to Forbes Spain that “as far as money goes, you’ll have to excuse me but I prefer not to talk about how many millions there are in my bank account”, stating that she too had millions of her own.

“I am delighted to be Cristiano Ronaldo’s partner, I’m totally in love with him and I feel very fortunate as a result.”

The McGhee sextuplets are back together in another iconic family photo,...