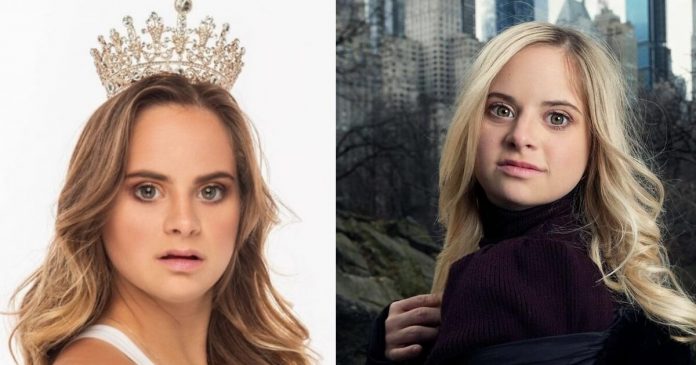 When we hear the words Fashion Model, the first thing that comes to mind is “elegance”. Fashion designers usually hand-pick tall, slender, able-bodied, and gorgeous individuals to represent their designs on the catwalk. The models set high standards for themselves to maintain gracefulness and be recognized as such when compared to ordinary people.

Nowadays, the modeling world has progressed and has opened its doors for differently-abled individuals who show potential. Designers and modeling agencies have worked hand-in-hand to unleash their capabilities in endorsing their brands, for that modern-day representation on catwalks and magazine covers.

I would like to share with you a story of 24-year-old Puerto Rican model Sofía Jirau, who has Down syndrome. She has fulfilled her childhood dream of becoming a model and a businesswoman. Sofía has been modeling for Victoria’s Secret since 2019, making a name for herself after joining 17 other dynamic women to endorse the company’s latest product, Love Cloud, the newest underwear collection.

Sofía Jirau has been living her life believing in “no limits.”

“One day I dreamt it, I worked at it, and today it’s a dream come true. I can finally share my big secret,” Jirau wrote on her Instagram in Spanish, alongside a black and white photo of herself sporting a bra from the company. “I am the first Victoria’s Secret model with Down syndrome!”

Hailing from Puerto Rico, Jirau is the second model from her country chosen to endorse Victoria’s Secret. The first one was Joan Smalls, who was recruited in 2011. Jirau is joined by other models from various countries, individuals of all skin tones, sizes, and ages. Also joining her in the campaign are celebrities Hailey Bieber, Adut Akech, and Taylor Hill.

Jirau started her modeling career in her home country, Puerto Rico, in 2019. Locals have loved her due to her undeniable charisma and infectious personality.

In February 2020, Jirau joined other world-class models on the catwalk in the New York Fashion Week.

If you chanced upon an online store called “Alavett,” Sofía Jirau owns this business. Her favorite phrase is “I love it,” hence the name, a Spanish-English play on the words. Her online store has a wide variety of items being sold ranging from wallets and shirts to phone cases and mugs printed with the signature brand name and a heart doodle.

“When I was little, I looked myself in the mirror and said, ‘I’m going to be a model and a businesswoman,’” she told PEOPLE magazine at the time.

Jirau launched a Spanish-language campaign called “No Limits,” wherein she encourages differently-abled individuals and people with Down Syndrome to achieve their dreams and life’s goals despite their condition. She often emphasizes encouragement on her social media for people not to stop fulfilling their dreams.

According to Healthline, Down syndrome is a condition in which a child is born with an extra copy of their 21st chromosome, hence its other name, trisomy 21. This causes physical and mental developmental delays and disabilities.

“I want to tell the whole world that people with my condition, Down Syndrome, inside and out, we have no limits!”

As Victoria Secret decided to part with its “Angels”, the company’s name for its supermodels, Jirau joined the company’s top models for the “VS Collective,” an ambassador program featuring 7 women, including celebrities like Priyanka Chopra Jonas and soccer player Megan Rapinoe, recognized for their campaigns. During this period, Victoria’s Secret wanted to create a new line of lingerie that may appeal to all types of women: various shapes, sizes, and backgrounds.

Jirau was very happy with the news and instantly agreed. Sofía flew to Los Angeles for her campaign photoshoot for the “Love Cloud” bra collection

“When the world was changing, we were too slow to respond,” said Victoria’s Secret chief executive, Martin Waters, last year. “We needed to stop being about what men want and to be about what women want.”

“Love Cloud Collection is a major moment in the brand’s evolution,” Martinez said in a statement. “From the cast of incredible women that bring the collection to life, to the incredible inclusive spirit on set, this campaign is an important part of the new Victoria’s Secret standard we are creating.”

Jirau posted a video of the campaign on Instagram before the collection hit the stores. She was wearing a pink bra in the clip, her favorite color.

After all her achievements, Sofia hopes her story can inspire more people and make their dreams come true.

Husband cared for his wife who is in vegetative state for...