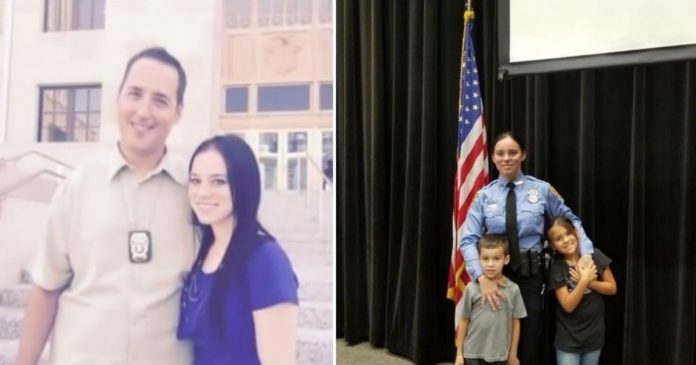 A 9-year-old girl waves and says “hello” to a police officer every day. One day, when she did not show up, he did not hesitate to enter her house. If he did, he would not have saved her life in time.

Klynn Scales, a 9-year-old girl from Kansas, MO., was born in a troubled family. She admits to stealing food from a nearby store to feed herself and her siblings. One day, she met a police officer whom she waves to every morning.

Klynn greets the police officer every morning, and this has been a daily routine since.

One day, however, Officer Jeff Colvin noticed that Klynn did not show up and wave to him, prompting him to assume something must have gone wrong. So he entered her house without hesitating. Inside, she saw Klynn lying on the ground due to malnutrition!

Since he could not see anyone with her inside the house, he did not leave her alone. He saved her just in time, or she could have been dead in a matter of minutes.

While she was growing up, Klynn and her family moved to another city and she lost contact with Officer Jeff. She never forgot the kind officer who saved her life.

20 years later, Klynn returned to Kansas and decided to find Officer Jeff. She got lucky!

“I had actually thought about her and wondered whatever happened with her … when I was over by the old east patrol station,” said Sgt. Jeff Colvin. He was the officer Scales said looked after her.

A TV station reported her story.

Sgt. Jeff helped her in times she needed it the most. Now, she wants to pay it forward by helping other people in need. Klynn decided to become a police officer!

“Most times, we go through our career not realizing we truly helped anybody out,” Colvin explained. “That was the case with me where I wondered if I was even on the right career path.”

“Through all the bad situations, I would just picture him saying that he was here for us and that if we ever need him, he would be right there,” Scales recalled. “He would always protect us, and so those words would come to me during the worst times of my childhood life. He was that one person that I trusted in my life as a kid.”

Currently, Klynn Scales has 2 children and lives a happy life.

“I just never thought that this would happen, to find my hero,” Scales said.

Klynn Scales never forgot the police officer who helped her back then. Her way of repaying him is to become a police officer and help other people so Jeff’s kindness could be passed on. A small act of kindness and concern can change a person’s life.