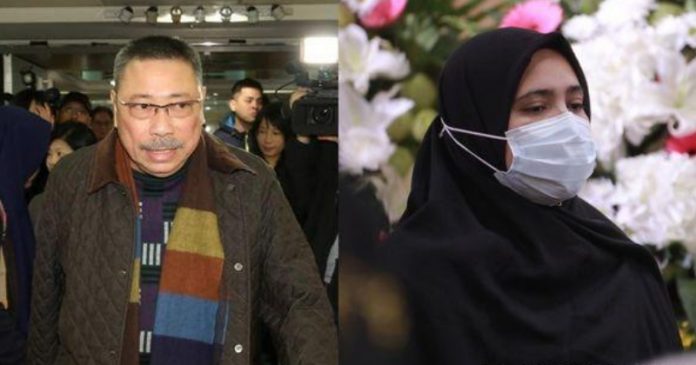 Golden Horse awardee Chen Songyong passed away last year at the age of 80 due to multiple illnesses. He was never married, had no children, and was only accompanied and taken care of by Yule, a foreign domestic helper whom he considered a daughter. Chen Songyong’s brothers were not satisfied with the distribution of inheritance. Hence, a dispute followed. Lately, through negotiations with his friends and lawyers’ notarization, the official results of the inheritance distribution have been released. Chen Songyong has passed away months ago, and Yule has returned to Indonesia quietly and unnoticed.

ETToday reports that when Chen Songyong was ill and sacrificing, his 2nd brother scolded him at his home, accusing him of deliberately hiding his sickness, and has not discussed his plans or his last will with him, if ever there was. Chen Songyong’s friends helped intervene calmly, and the discussion has ended peacefully. It turns out that Chen Songyong’s house in the Linkou District is being sold through an agency.

Chen Songyong’s caregiver Yule, whom he considered his daughter, has received US$70,000.00 (NT2,000,000.00) before she returned recently to Indonesia on the 23rd of March, 2022. The bond between Yule and Chen Songyong as father and daughter has not only been on the news in Taiwan but even in Indonesia, stating that his caregiver will be receiving an inheritance, as well, aside from his brothers. The report was not hidden from the media. Citizens praised Chen Songyong for his generosity and for being a good employer. “Yule is very lucky!” They said.

During the farewell ceremony, teary-eyed Yule said that her “Father” was very good to her. He even bought everything she needed. “Even when I had dinner, he would ask me what to eat first. I am very grateful to my father (Chen Songyong), he was very good to me!”

When Chen Songyong was still living, Yule used to encourage him to go for a daily walk as she pushed his wheelchair. Now that he’s gone, she still has not moved on and still misses him dearly, feeling very strange. Yule thanked Chen Songyong for doubling her salary every month, and he even gave her extra finances as a year-end gift to buy land in Indonesia and start a family of her own. When she returned home, she still did not know what to do. She planned to come back to Taiwan and visit him soon.

Close friends of Chen Songyong meticulously followed his instructions and donated all his books to the Linkou District Library. As requested, they also bought an ambulance worth US$551,400.00 (about 3.5 million yuan) and donated the vehicle to the Fire Department of the Penghu County Government. They were also requested to help the less fortunate families living in remote villages to complete Chen Songyong’s wishes.

Rest in Paradise, Sung-Young Chen, and thank you for bringing happiness into the entertainment world.

‘Pooh bear’ came along and made disabled child smile—mom was thankful...