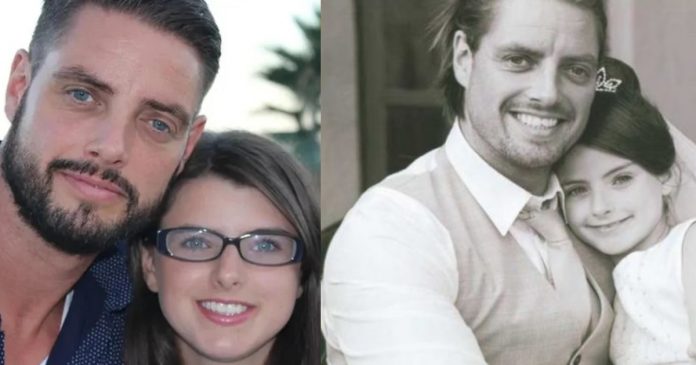 Boyzone’s Keith Duffy had to make a tough choice when he discovered that his daughter was diagnosed with autism. He could either hope that she could develop well despite the limited autism services that were available in their home country, Ireland, or take advantage of his fame and fortune and be determined to come up with better autism services for her and other children diagnosed with the same mental illness.

Keith chose determination, and now for more than 20 years after his daughter, Mia, was diagnosed at 18 months, his perseverance and hard work have paid off. Mia did not start talking until she was 7-years-old, and with sheer determination from Keith, Mia slowly developed. At 22, Mia is now studying at a university, taking up Enterprise Computing, and was offered a good job position in an American company.

“Mia’s very determined,” he added. “She puts a lot of pressure on herself, but she achieves a great amount, and that was all down to appropriate intervention at the right stage of her life, which we had to fight hand over tooth for, but we got there.”

As a little girl, Mia showed unusual movements like putting one arm out and vigorously shaking or traits that are not common, like lining up all her toys on the ground. At the time, the couple, Keith and his wife, Lisa, had a son who was 4 years older than Mia and had not experienced that kind of behavior from anyone, too. That was when their struggles began.

“She was doing all kinds of things that were alien to us, and we thought there was something not quite right,” recalls Keith. “Somebody suggested autism, but we had no idea what autism was at the time – we had no education on it, and we didn’t understand it.”

The Duffy family learned that there was a waiting list of three years for the autism diagnosis in Ireland.

“Without an official diagnosis, we couldn’t avail of any services she might need,” explains Keith, “and anyone we spoke to that knew about it said early detection was essential for the future of the child. We were very distraught and upset at the time, as you can imagine, we didn’t know where we were going, or who to talk to. To get the diagnosis as soon as possible was my mission.”

The Duffy family eventually managed to get a diagnosis for Mia after quite some time. Keith recalls: “It was soon after that that I realised the services Mia might need were certainly not available, even with the diagnosis. In fact, the services in Ireland at the time for children on the spectrum were pretty much a disaster. So we realised if we wanted anything for our child we were going to pretty much have to provide the services ourselves.”

Since then, the couple made it their mission to help Mia and other children with the same diagnosis. They called other parents who had children with autism, who had no idea how to deal with the illness, and helped educate one another about the condition and researched further about the services available.

Keith took time out from his singing career and traveled to the US and went to an autism center that specializes in how parents can educate their children through homeschooling. They suggested an autism spectrum through a form of education called ABA, short for Applied Behavioural Analysis.

Irish Autism Action, a charity founded by Keith, helped families in Ireland with children diagnosed with autism. He also successfully convinced the Irish Government to open a school, especially for children with autism, so they may be provided proper education, which Mia also has attended. Years later, he launched the Keith Duffy Foundation, which also supports various children’s charities.

Mia is now a very successful and independent young woman, and Keith still maintained his work for charities. Lately, he has just wrapped up a new album with Brian McFadden of Westlife, which will be released in May, under the name Boyzlife.

“We’re very busy promoting the album, there’s a big tour coming up next September, and we kind of have a new lease of life,” says Keith happily. “Here we are, 28 years after we started in the music business, and we’re starting to go back to do the same things all over again, and we’ve got great audiences, albeit they’re not 14 or 15 years of age anymore. Our audiences are more forties and fifties now, but as long as we have an audience to play to, we’re doing what we love to do, and it’s all great.”

“You find time. You put it in while you can,” he says. “I’m always working, helping various charities out. I have my own foundation here, but I do joint ventures with other charities, bringing my name and my fame to the forefront to create funding. I’ve a great deal to be grateful for. I’ve got a beautiful daughter that’s very, very happy – as a human being she’s one of the most beautiful people ever. “People talk about children with a disability, but at the same time, they have a lot of capabilities, so we always try to turn it into a positive. They’re children. They didn’t choose to have autism – they have so many qualities, so many abilities.”

Keith added: “Every single child is completely different – they can’t just be pigeonholed, they’re all individual human beings, and they need to be treated as such. It’s possible for other people out there to have a child where they can’t see the wood for the trees and they can’t see the light at the end of the tunnel, but my story’s a very positive one, and if I can help anybody else feel positive about their path going forward, or indeed guide them in the right direction, then I’m very, very happy to do that.”

“You need determination, a lot of love, a lot of patience, and a lot of drive, but there’s a massive light at the end of the tunnel if you’re prepared to give your child what they need and deserve.” the pop star concluded.

Keith Duffy is supporting ZURU Toys, a campaign to encourage both neurotypical and neurodiverse children to develop through playing with different kinds of toys. Research showed that 70% of parents with these children who played with toys can discuss their differences and understand more about the evolving world around us.

A Cute Little Girl in a Train! This Curly-Haired Girl Likes...