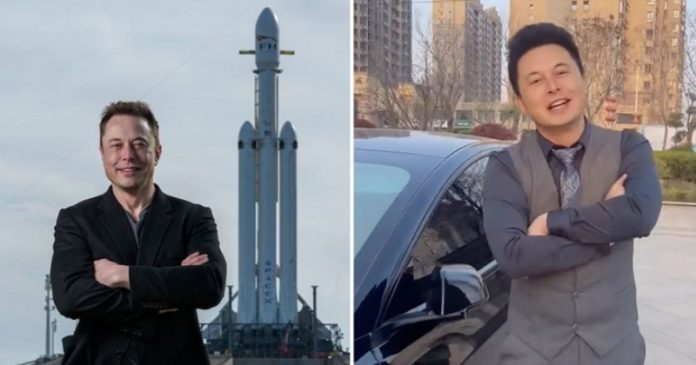 A man in China has gone viral on the internet for his uncanny resemblance to the CEO of Tesla Motors. People who have seen the photos are wondering if he is real or a fake.

The real Elon Musk expressed his interest to meet his Chinese twin named Yilong Ma, and if he is real or not.

In one of his posts on Twitter, Elon Musk responded to his counterpart, who posted a comparison photo of the two of them as one of his comments.

Watch the video on 9gag: (Click the link below the photo)

The Global Times claims that Yilong Ma may have used an AI or an online app to mimic the facial features of Elon Musk, reports News.com.au. Upon learning about the news, Yilong Ma, who hails from the northeastern Chinese province of Hebei, promised to do a live stream to prove that he is real and certainly does not use a face app. He also said that he would do his best to speak English for his foreign fans to understand.

Yilong Ma has a TikTok account with the username Elong Musk.

The screenshot above shows 2 of the comments that netizens posted on Yilong Ma’s photos online.

Here is a video of Yilong Ma giving thanks to Tesla for the mug he received:

People are excited and anxious to see photos of Elon and his counterpart when they finally meet.

This female weightlifter broke world records but she has a Barbie-liked...