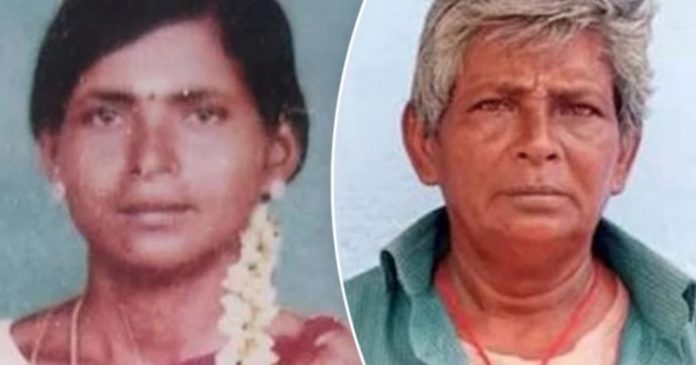 A 57-year-old woman in Tamil Nadu, India, disguised herself as a man for 37 years and made great sacrifices to raise her daughter safely and on her own.

Only 15 days into the marriage, S. Petchiammal‘s husband died of a heart attack. She was only 20-years-old at the time.

Petchiammal became pregnant shortly after her husband’s death and gave birth to a beautiful daughter. She never remarried and decided to raise her daughter alone.

However, the single mother faced a difficult time under the ridicule and harassment of co-workers due to her gender.

“I lost my husband Siva just 15 days after the marriage. I was only 20-years-old then, and soon I gave birth to Shanmugasundari. I decided not to marry again. But raising a child alone turned out to be difficult. I worked in construction sites, hotels, and tea shops. But I suffered harassment at all these places.” revealed Petchiammal.

In a patriarchal society with male dominance, Petchiammal decided to make a major change. She cut her hair short, gave it a different color, and disguised as a man known as “Muthu”. She assumed that the disguise will help raise her daughter safely and peacefully.

Petchiammal then moved to the village of Kattunayakkanpatti near the town of Thoothukudi in Tamil Nadu. She had identification cards and legal documents done under the male identity, “Muthu”.

“We settled in Kattunayakkanpatti more than 20 years ago. Only my closest relatives at home and my daughter know the fact that I am a woman,” she said.

“Muthu” safely raised his daughter all this time using that identity. When she grew up, Shanmugasundari got married.

According to The New Indian Express, Petchiammal wanted to remain as Muthu for the rest of her life.

“This identity ensures a safe life for my daughter. I will stay with Muthu until he dies,” Petchiammal said. “I don’t own a house or have any savings. I can’t apply for a widow certificate also. Since I am too old to work, I request the government to offer me some monetary aid.”

Petchiammal is no longer able to put in hard labor. She has acquired an MGNREGS job card a year ago on female identity. Collector Dr. K. Senthil Raj said, he would check if benefits under any social welfare arrangements could be given to Petchiammal.

Credits to: The New Indian Express

7yo schoolgirl made a teary confession on why she spent on...