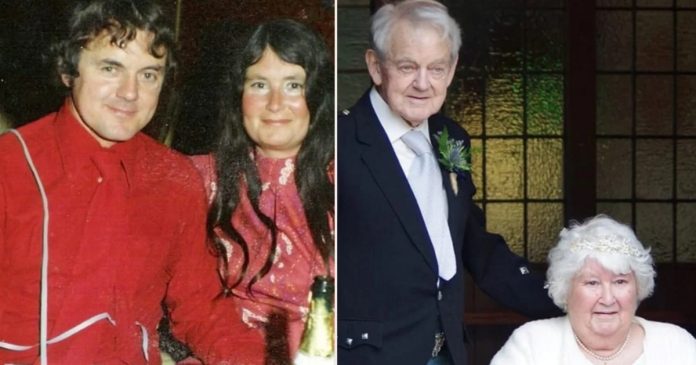 It has been one of the longest engagements in history. A couple who planned to marry 60 years ago finally got married. Perhaps, they had the right love at the wrong time. This happened to a couple in the UK who were engaged since 1962.

In 1956, Alex and Jane Hamilton met and fell in love. It was “Love at first sight”. Unfortunately, they still could not be together until 6 years later. According to 8world News, Alex and Jane were both married to other partners and had to wait years before they could leave their respective spouses. Also, at the time, they had young children of their own.

In 1962, six years later, Alex proposed to Jane and planned to have a wedding soon. Unexpectedly, they could not push through with the marriage since the couple became very busy with their lives. Alex and Jane could not find the proper time and date for their wedding.

Alex had two children from a previous marriage, and Jane had one from her former spouse. They soon had two children together and had to raise 5 children all-in-all. After the engagement, Jane changed her last name to Alex’s surname, Hamilton. Though when they grew up, the children still had no idea if their parents were officially married. They finally had their answer 60 years later.

On May 28, 2022, 90-year-old Alex and 89-year-old Jane finally tied the knot in Clarkmannanshire, Scotland, though it was unknown why the couple finally decided to push through with the wedding after such a long time. 5 children and 11 grandchildren attended the wedding, and the event was lively and was a happy occasion.

Jane, the “bride”, made her way to the altar in a wheelchair accompanied by her granddaughter. “Usually at this age, people think about funerals, but it’s an important celebration and it’s really beautiful.” 59-year-old Sally said with a wide smile. “Looking at what they’re doing together, and the whole family coming together for this celebration, it’s supposed to be like this.”

Sally said that the couple was staying together unmarried for 60 years, which is rather “unconventional”, considering that it was quite unusual during the past years to be an unwedded couple who live together.

Sally revealed that the couple is still very happy together after 60 years. “If we go out to dinner with them, the two of them will look at each other across the table, and they’ll always be so cheeky and tease each other like a new person, but they’ve been doing this for 60 years. They still date, and it’s really cute. When Dad smiled at Mom, Mom still giggled like a schoolgirl.”

While there was a 60-year delay in their marriage, Alex and Jane were able to finally tie the knot. For more than half a century, they stayed together through good and bad times and raised their children properly. Such happy endings are epitomes of true love. If it was meant to be, then it will be.

Best wishes to the couple, Alex and Jane Hamilton! ❤️

Note: According to Guinness World Records, although the wedding of the Hamiltons became international news, their engagement was not the longest recorded in history. In Mexico, a man named Octavio married Adriana in 1969, 67 years after proposing to her. They were both 82 years old by the time they wed.