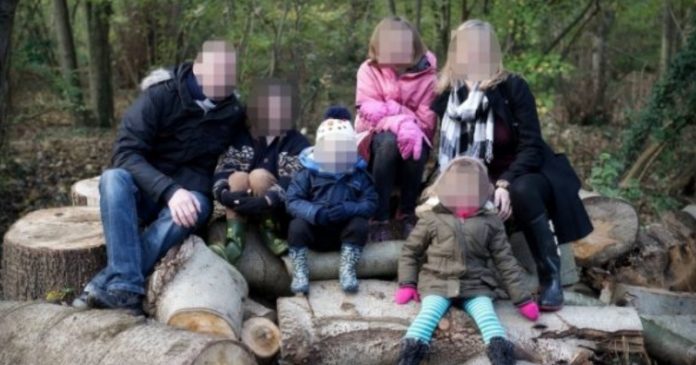 A 41-year-old British man and his wife had 4 lovely children. After a few years, he discovered his wife abandoned the family for a younger man from her office, leaving him humiliated and disgusted!

According to “The Sun”, David (pseudonym) described his married life ‘as perfect as a fairy tale’. He was in a relationship with his childhood sweetheart for 18 years, and they were married for 9 years.

“I fell in love with my childhood sweetheart at 18, moved in together at 20, had my first daughter at 23, and had two sons and a daughter over the next few years. Life was challenging, and we spent countless sleepless nights looking after our four kids, but it was good, and I love it.”

In 2017, when David returned from a business trip abroad, he felt ‘something was wrong’ between him and his wife. Assuming she missed him while he was away, he immediately took his wife out on a date. “We’ve known each other for more than 18 years, and I really love you,” he said. Unexpectedly, this was her reply: “I’m no longer happy with our marriage.”

David’s wife said he never spent time with her because he was always busy at work. He was the school principal, a football coach, and the local district councilor. David had to find a way to save his marriage. He quit all his jobs and tried to spend more time with his wife at home. Three months later, what he discovered left him stunned. “My wife often mentions a person’s name, but I never thought for a second that he was the one she was cheating me with. After all, he is just a 19-year-old intern in her company, and he is not a threat to me at all.”

Three months later, the wife attended that company’s Christmas party and claimed she would be having a sleepover with her female friends from work. David noticed something was amiss, so he used the ‘Find My iPhone’ app to locate his wife, only to find that she was in a hotel!

“I called to ask how she was doing, and she said she was at a female friend’s house. Right then, I felt so disgusted that she was in a hotel at that moment. Then she hung up and didn’t dare answer the phone again.”

The next day, the wife admitted that she was with the intern and said that she did not want to be ‘a middle-aged mother who is stuck at home’. She said, “I want to be young and free again.” Therefore, David and his wife agreed to divorce, leaving him to raise all four children alone.

“Her lover still even lives with his parents! If her lover is a successful person, I can understand that. After all, he can give her what I can’t give. But it’s embarrassing and humiliating that she has fallen in love with someone so young and inexperienced.”

David pointed out with grief and resentment that he was on the verge of a breakdown at the time. 4 years later, he has learned to let go. David has moved on. He also revealed that his ex-wife’s lover moved out of his parent’s house last year and moved into her house.

Kind man treats 3 street kids to lunch, one of the...