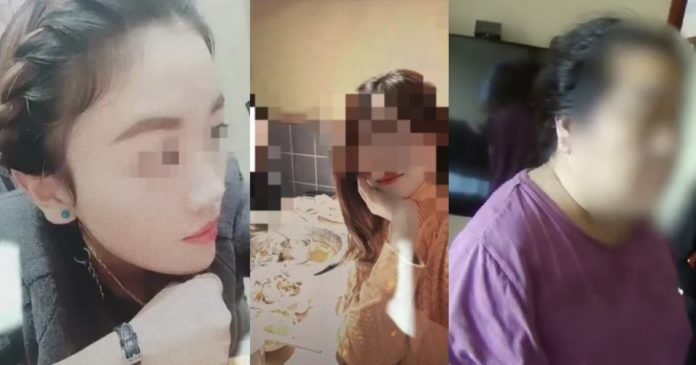 Online dating is risky, so be cautious when making friends on the internet! After all, you never know who is on the other side of the computer…

Recently, a guy in Hangzhou talked about an online girlfriend of nearly 4 years on the internet and got the approval of her parents and relatives. He didn’t expect that it would be nothing in the end, and even the final truth makes him still unable to let go.

In September 2017, 28-year-old Xiao Lu (not his real name) met a woman Yang (not her real name) when she opened a store of second-hand goods on an online platform. At first, Yang asked Xiao Lu to help distinguish the authenticity of the products, and gradually became “close” to each other after some time. They kept in touch, and their relationship warmed up and was quickly established.

In November of the same year, Yang told Xiao Lu that she was forced by her family to marry a man she never met before and wanted to run away from home. After learning this from his girlfriend, Xiao Lu immediately sets off from Hangzhou to Fuyang, Anhui, trying to take her away from her ​​suffering and take her far away.

However, Xiao Lu stayed in Fuyang for a full month but did not see his girlfriend even once. Instead, her aunt Xu (not her real name) came to him. Xu said that her niece’s family had given up forcing her to get married under the coercion of her running away, but Yang was not allowed to leave the house either. Seeing that the New Year is approaching, Xiao Lu had to go home for the New Year first and continue to keep in touch with his girlfriend online.

In March 2018, Xiao Lu went to Fuyang, Anhui, to meet his girlfriend again, but he still failed to meet her. Yang told Xiao Lu on a call that she is now under the strict supervision of her family, and even her mobile phone cannot be used frequently. She added that in two months, Aunt Xu will go to Hangzhou and help her family assess his suitability as a partner for Yang.

Hearing his girlfriend Yang’s remarks, Xiao Lu did not have any doubts, all was a test of love.

In June 2018, 46-year-old Xu came to Hangzhou to find Xiao Lu. Faced with his future aunt-in-law, Xiao Lu warmly welcomed her and arranged to live at his home.

In the days that followed, Xu Yibian, who had no job, helped Xiao Lu manage his second-hand online store business while acting as a liaison between Xiao Lu and her niece Yang.

Xu told Xiao Lu that since the last time she left home, Yang has been guarded more strictly by her family, so every time he makes a call, Xu needs to contact her first, and then her niece Yang will receive Xiao Lu’s call. To avoid suspicion, Xu asked Xiao Lu to leave the house every time he calls and go to the basement or in his car to make the call.

Even for this strange request, Xiao Lu did not doubt, as long as he could hear his girlfriend’s sweet words, he would be satisfied.

During the three-year relationship, Yang asked Xiao Lu to transfer money to her every month as a reserve fund for their future marriage. Seeing that his girlfriend was planning to marry him, Xiao Lu readily agreed to this request and transferred a total of more than US $15,500.00 (100,000 yuan) to her within three years.

On August 20, 2021, Aunt Xu’s mobile phone protective cover broke, and Xiao Lu took the initiative to help her replace it. Upon applying the screen protector, Xiao Lu realized that the phone was unlocked, so out of curiosity, he clicked on the aunt’s WeChat.

It turned out that this “aunt” was actually sending ambiguous messages to others, and the chat tone was very similar to that of his girlfriend. Suddenly, a bad feeling came over Xiao Lu…

The next day, Xiao Lu again asked his aunt Xu to help him contact his girlfriend. When he was out to answer the call, Xiao Lu hid a recording device in the house. In the recording, Xiao Lu found that during the time he was talking with his girlfriend, his aunt was also on the phone inside the house, and the conversation matched what his girlfriend said.

To confirm his hunch, Xiao Lu recorded again on the afternoon of August 22. In the end, he found out that his girlfriend Yang, who he never met in person, and Aunt Xu, who had lived under his roof for 3 years, were the same person. After learning the truth, Xiao Lu has had enough.

The next day on Aug. 23, under the pretense of accompanying his friend to the hospital, Lu went to report the case to the Shiqiao Police Station of the Gongshu District Bureau of Hangzhou Public Security.

After receiving Xiao Lu’s report, the Shiqiao police station quickly conducted an investigation and summoned Xu to the station after obtaining various pieces of evidence. Facing the police’s interrogation, Xu Yibian remained silent at first. But the evidence was so strong that Xu finally confessed the facts.

Xu admitted that her niece Yang was a fictional character and that the money transferred by Xiao Lu was already spent by her. In addition, the police found that Xu had multiple WeChat accounts and played many female roles such as a mother of two with “unfortunate family circumstances”, as well as a young woman with “a pessimistic view towards marriage” and other female roles, and had “love relationships” with several men.

But none of the men who maintained a “relationship” with her discovered Xu’s lie. Even on the day, Xu was captured by the police, there was an infatuated man who kept sending messages to Xu, hoping that she would accept his love…

At present, Xu has been detained by Gongshu Public Security Bureau on suspicion of fraud, and the case is still under investigation.

Love is beautiful, but in the virtual world, keep your senses alert at all times and don’t fall into the trap of fraudsters, especially on dating sites. People with online accounts should pay attention to their privacy. If they doubt the person on the other end, they should always say “no” to the person’s request for money.

If you find yourself being deceived online, please call 911 as soon as possible and report to the local authorities!

3-year-old Child from Pennsylvania Sneaks Her Pet Fish into a Sippy...